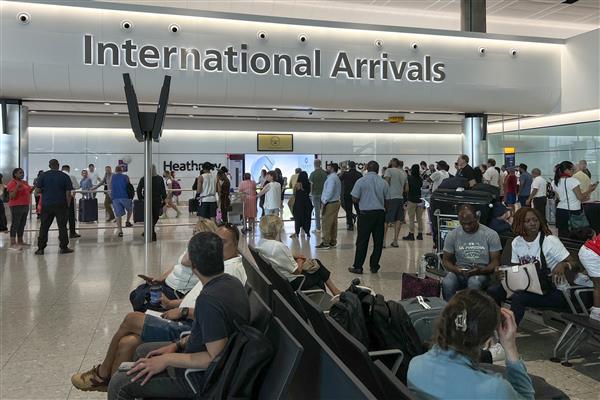 Travellers at the Heathrow airport in London on Thursday. AP/PTI

With restrictions on the number of passengers at Heathrow airport imposed to cope with a staff crunch, Virgin Atlantic cancelled its Delhi-London flight on Thursday and other carriers could also pull out their India-London flights from their summer schedule.

The limit on the number of passengers at one lakh a day has been imposed from July 12 to September 11.