Rain leaves 12 dead in Telangana, 6 in AP; several others injured and homeless

Incessant rain in Telangana has left 12 people dead and several injured from collapsed buildings, flooded homes. At many places houses are submerged and vehicles seen floating like boats. People have been making distress call from roof tops of submerged homes with and disease facing the city of Nawabs.

Nine people were washed away in Hyderabad city after a boulder crashed on two houses resulting in some deaths, including that of a two-month-old. Eight out of the nine from among them are believed to be dead, being non-traceable. The lone survivor, Abdul Tahir, said his brothers, children and two grandchildren were swept by floodwater that entered their home.

Many people in the city have sustained injuries in various incidents. A video of a man being swept away in heavy current of water has gone viral.

Tahir said body of his kin 26-year-old Farzana Tabassum and 32-year-old Dargash Quraishi have been recovered. Mohammad Abdul Wajid Quraishi (32), Wasiya Quraishi (33) and Humaira Tabassum (24) are yet to be found along with Tahir’s two grandchildren, five-year-old Abdul Wahad Quraishi and seven-year-old Amaira Bibi. Mohammed Abdul Quraishi, Tahir’s elder brother who rushed into the water to save him, also remains missing.

The state is considering calling army to the aid of civil administration. Disaster Response Force (DRF) with the help of fire services personnel and police were attending to distress calls from people stranded in flood water.

All India Majlis-e-Ittehadul Muslimeen (AIMIM) has asked the government to get motorised boats from army and Tourism Department for evacuating hundreds of people stranded on rooftops and first floor of houses in Ali Nagar, Hashamabas, Ghazi Millat colonies in Hyderabad.

The government has declared two-day holiday across the state. A statement of the government said, “In view of the unprecedented rains for the last 12 hours, as per the directions of the Chief Minister, K. Chandrasekhar Rao, Chief Secretary Somesh Kumar reviewed the flood situation today and declared public holidays in GHMC area to all Government offices including all private institutions today and tomorrow i.e., on October 14 and 15.”

The Chief Secretary also advised GHMC and District Collectors to arrange relief camps and to shift the people of low lying and inundated areas. He also advised the people not to come out unless there is a serious necessity.

Hyderabad has been lashed by rains since Tuesday evening affecting vehicular traffic in the city and on national highways to Vijayawada and Bengaluru.

Overflowing lakes and open nalas flooded roads and colonies. The rain is being termed as the highest rainfall in over a century. Several parts of the city remained without power for more than 12 hours. 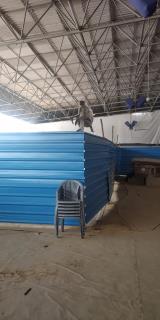