Global geopolitical situation is changing rapidly... we have multiple challenges ahead: Gen Pande 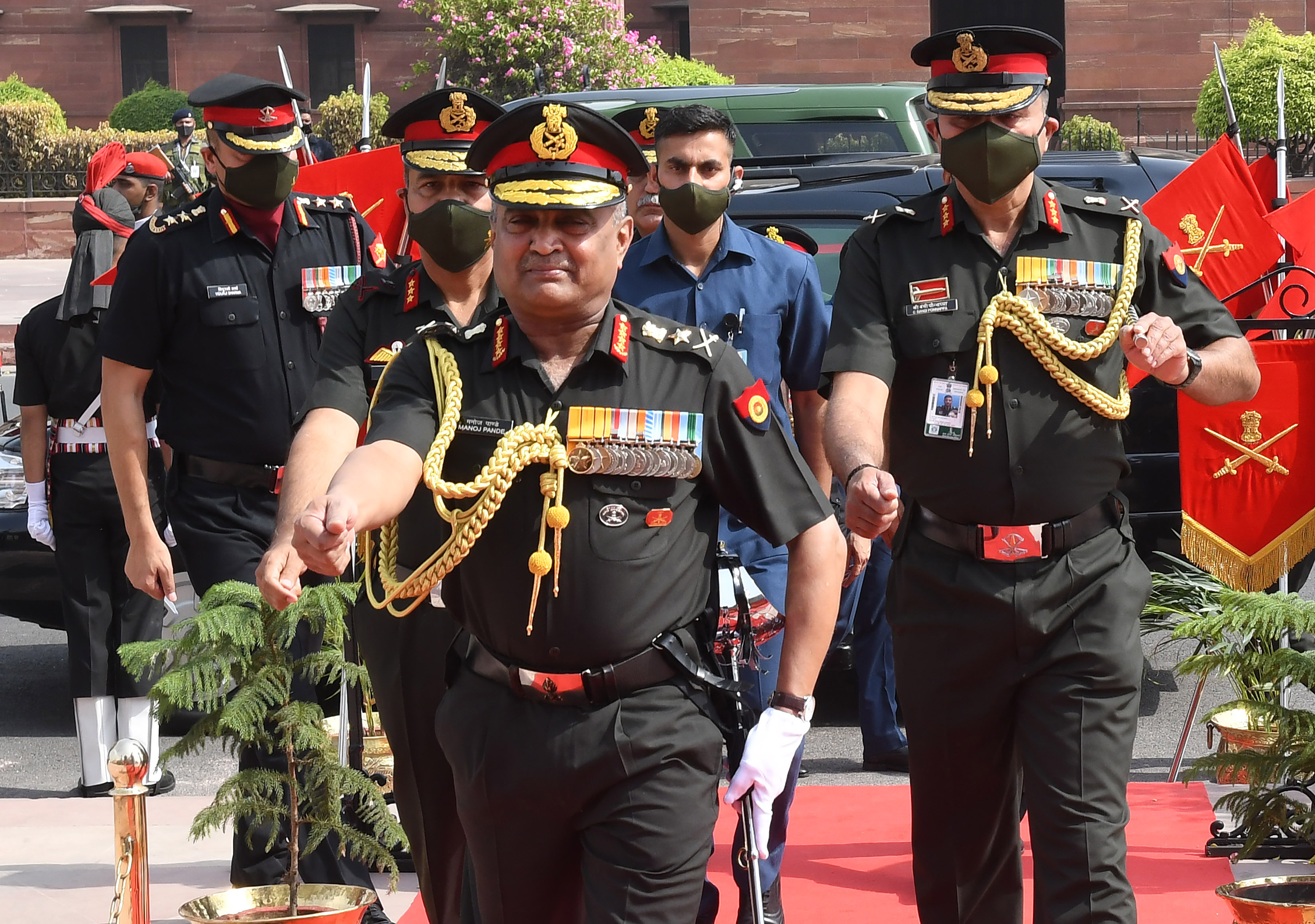 “The global geopolitical situation is changing rapidly. As a result, we have multiple challenges ahead,” he said.

Earlier, he was presented a guard of honour at the South Block lawns, a day after he took charge as the 29th Chief of the Army Staff.

He said the focus would be on ongoing reforms, restructuring and transformation of the Army to enhance its operational and functional efficiency. “My utmost and foremost priority will be to ensure very high standards of operational preparedness to face the current contemporary and future challenges across the entire spectrum of conflict,” he said. Pande said his force, in coordination with the Air Force and the Navy, would effectively deal with all possible security challenges facing the nation.

“My aim will be to enhance inter-services cooperation and synergy,” he said, adding that the Army would actively engage with other services to positively contribute toward nation-building.

Speaking about capability development and force modernisation, he said his effort would be to leverage new technologies through indigenisation and self-reliance.

The Army Chief said he would take forward the “good work” of his predecessors, and assured the soldiers and officers of the Army that ensuring their welfare would be his key priority.

Gen Pande, who was serving as the Vice-Chief, became the first-ever officer from the Corps of Engineers to take the reins of the 1.3-million strong force.

Before taking charge as Vice-Chief of the Army, he was heading the Eastern Army Command that takes care of guarding the Line of Actual Control (LAC) in Sikkim and Arunachal Pradesh sectors.

“I am aware of the big responsibility and I am praying to God that I am given strength, capability and wisdom so that I can carry on with the responsibility,” Gen Pande said.