Central government should immediately postpone the exams and work on "alternative methods" of admission. 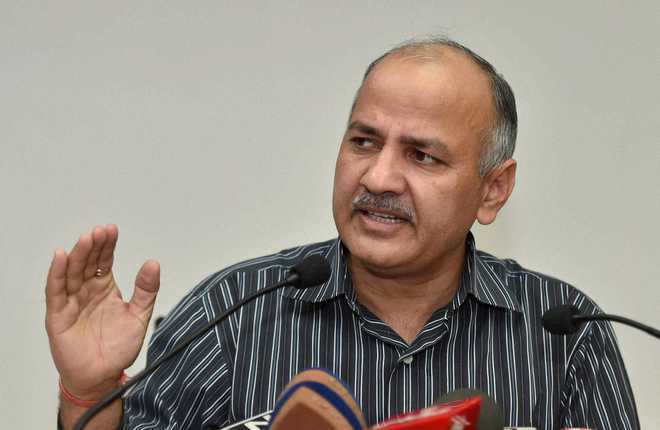 Delhi Deputy Chief Minister Manish Sisodia on Wednesday reiterated his demand that medical and engineering entrance exams NEET and JEE be postponed and the Central government work on alternative methods for selecting students.

"They (Centre) are saying protocols will be followed. Following the same protocols that the Centre wants 28 lakh students to follow, lakhs of Indians have tested positive," Sisodia told reporters.

He said the Union Home Minister tested positive for coronavirus despite staying in a very safe environment, and that many other leaders including Delhi Health Minister have also contracted the contagious disease.

"So many top leaders have got infected with COVID-19 despite taking all precautions. So, how can we take the risk of sending 28 lakh students to exam centre and be assured that they will not be infected," Sisodia asked.

He said the Central government should immediately postpone the exams and work on "alternative methods" of admission.

"I appeal to the government to not be adamant on admission only through these exams. We are not at all saying that the year is declared as a zero academic year. We are not in favour of admitting students just like that as we will need quality doctors and engineers but banking upon only a three-hour exam and expecting it to work like a magic wand in identifying talent, is a very conservative thought," he added.

The Joint Entrance Examination (Main) and the National Eligibility-cum-Entrance Test (NEET-UG) will be conducted in September as scheduled, the Ministry of Education officials had said on Tuesday, amid a growing chorus for postponing the crucial tests given the COVID-19 pandemic.

On Tuesday, Swedish teen climate change campaigner Greta Thunberg also threw her weight behind postponing the exams given the pandemic."It's deeply unfair that students of India are asked to sit national exams during the Covid-19 pandemic and while millions have also been impacted by the extreme floods. I stand with their call to #PostponeJEE_NEETinCOVID," she said in a tweet.

Sisodia had on Saturday also appealed the Centre to postpone or cancel the exams.

The Supreme Court had last week dismissed a plea seeking postponement of the two exams amid a spurt in the number of COVID-19 cases, saying a "precious" academic year of students "cannot be wasted" and life has to go on.

Increasing the number of examination centres, alternate seating plan, fewer candidates per room and staggered entry and exit are among the steps the National Testing Agency will take for safely conducting NEET and JEE in September. PTI