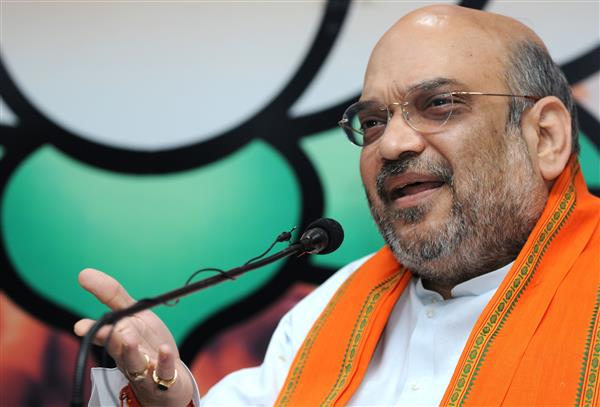 Union Home Minister Amit Shah on Saturday met a delegation of Pakistan-origin refugees of the Hindu community and assured them that long-term visas will be provided to all of them to enable them to settle in this country.

The Delhi Sikh Gurdwara Management Committee (DSGMC) President Manjinder Singh Sirsa who had led the delegation, claimed the assurance had come from Shah.

He said the demand was for grant citizenship to families, who have come to India on tourist/pilgrims/visitor visa and want to settle down in India.

Sirsa said these Pakistani Hindus were forced to leave Pakistan after the religious persecution. Some of them are living on the banks of the Yamuna off a busy road in makeshift tents and unplastered walls with metal roofs in north Delhi’s Majnu Ka Tilla area.

Some of them are well-educated but felt unsafe in Pakistan. Like the other minority communities, they too were concerned about the security and dignity of their family members, especially young daughters, said Sirsa, adding that Pakistani Hindus and all other minorities were not feeling safe in Pakistan.

The blasphemy and other laws are misused in Pakistan to arrest members of Hindu and Sikhs families.