During his stint in the CBI, Verma, a 1979-batch (retired) Indian Police Service officer, was engaged in a bitter fight with Gujarat-cadre IPS officer and his deputy Rakesh Asthana over corruption charges 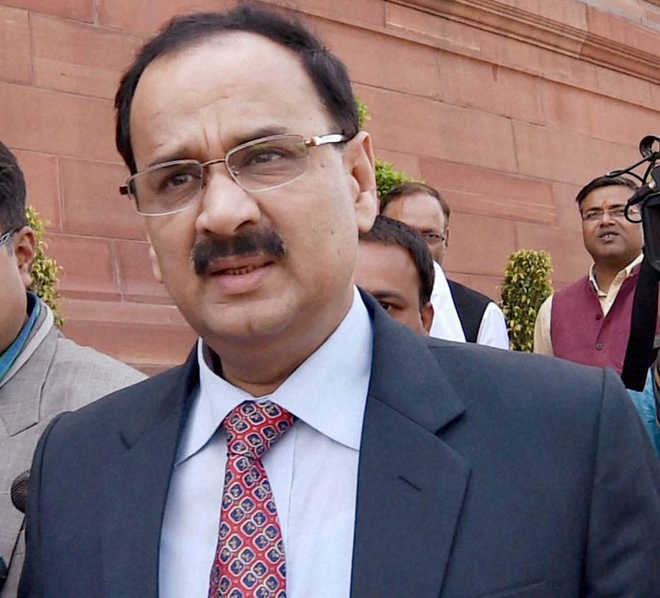 They said the Ministry of Home Affairs (MHA) has written to the Department of Personnel and Training (DoPT), the nodal ministry for the Central Bureau of Investigation (CBI), to take necessary disciplinary action against Verma.

The action, if approved, may include temporary or permanent forfeiture of Verma’s pension and retirement benefits, the officials said.

During his stint in the CBI, Verma, a 1979-batch (retired) Indian Police Service (IPS) officer, was engaged in a bitter fight with Gujarat-cadre IPS officer and his deputy Rakesh Asthana over corruption charges.

Both Verma and Asthana had accused each other of corruption.

“Verma has been accused of misusing his official position and violating service rules. Necessary action has been recommended against him by the home ministry,” a senior official said, requesting anonymity.

The home ministry is the cadre controlling authority for IPS officers.

The DoPT has forwarded the MHA’s recommendation to the Union Public Service Commission (UPSC), the recruitment body for IPS officers, the officials said.

The UPSC needs to be consulted before imposing penalty on IPS officers, they said.

Verma took over as the CBI chief on February 1, 2017 for a fixed two-year tenure.

However, he was removed from the post on January 10, 2019 and posted as the director general of Fire Services, Civil Defence and Home Guards—a less significant portfolio.

Verma did not accept the offer and wrote to the government, saying he should be considered as deemed superannuated as he has completed 60 years age of superannuation on July 31, 2017. PTI