Taliban to send team to Panjshir for talks 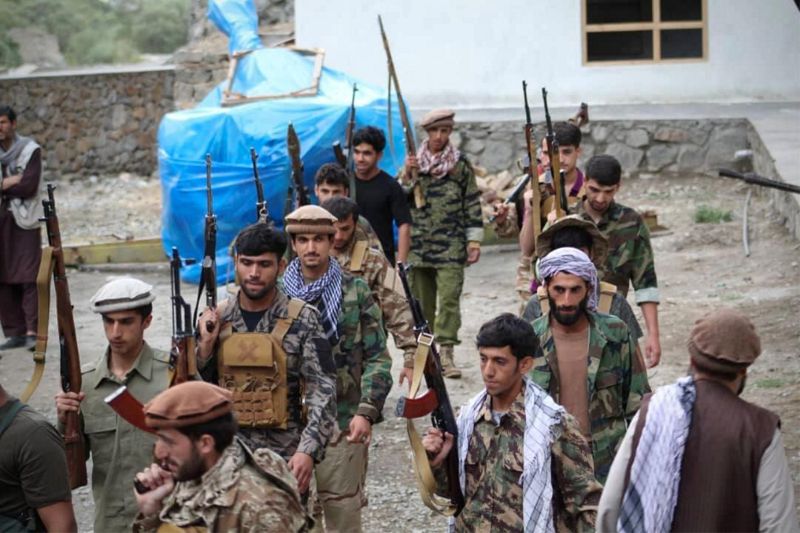 Men prepare for defense against the Taliban in Panjshir. — Aamaj News Agency via Reuters

On a tense day around Panjshir Valley when the resistance forces stalled probes by Taliban fighters, reports said its spokesman’s call for peace was being followed up with a delegation that will meet Ahmad Massoud.

The Taliban attempted to enter Panjshir Valley through a pass from the adjoining Badakhshan province but were unable to do so. Major Wazir Akbar, an Afghan army commando who has joined the Panjshir fighters, said the counterattack at Anjuman Pass claimed many victims.

In Kabul, Taliban spokesperson Zabiullah Mujahid called on “our brothers in Panjshir” for talks while a Taliban leader confirmed that a delegation will “meet with Ahmad Massoud himself and a number of other people who are involved in the Panjshir case.”

Mufti Anamullah Samangani, a member of the Taliban Cultural Commission, said: “Efforts are being made very intensively.” Mujahid also said “the ones that are there (Panjshir) and have some reservations, we are talking to them”.

Even before the Taliban takeover of Kabul, leaders of Panjshir province had been calling on the Afghan government in Kabul to give them more autonomy.

Ahmad Massoud, one of the Resistance-2 leaders, has said its forces have adequate stores of ammunition and arms to withstand a Taliban assault.

Panjshir is surrounded by Badakhshan, Takhar and Baghlan provinces, which are under Taliban control.