Pegasus controversy to be one of US Secretary of State Blinken’s talking points, but in a broader sense 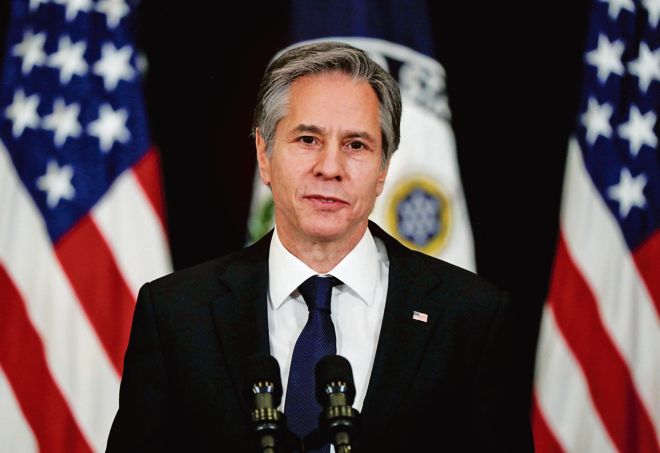 US Secretary of State Antony Blinken.

Expanding the US-India cooperation on security, defence and counter-terrorism and matters like human rights, Covid-19 and climate change will be the agenda of US Secretary of State Antony Blinken during his maiden visit to India starting Tuesday, said two senior State Department officials.

Human rights is a regular talking point in meetings of Indian diplomats with their European and American counterparts, but the Biden administration will be attempting to draw a distinction between its responses and those by the Trump administration. “We will raise it and continue that conversation because we firmly believe that we have more values in common on those fronts,” said Acting Assistant Secretary for South and Central Asian Affairs Dean Thompson.

Asked if he could “quell any jitters” because of the Modi government’s close ties with the previous United States administration and whether India will remain a top priority under the Biden administration, Thompson said the relationship with India had endured through administrations of “all colors and stripes in the US and will continue to do so”.

The Pegasus controversy will be one of Blinken’s talking points, but in a broader sense. Thompson reacted sharply to the “whole notion of using this type of technology against civil society, or regime critics, or journalists, or anybody like that through extrajudicial means” and said as broader issue, the US has been vocal about trying to find ways for companies to ensure that their technology is not used in “these types of ways”.

“And we will certainly continue to press those issues,” he added. But the thrust of Blinken’s talks with PM Narendra Modi, where NSA Ajit Doval may be present, and with his counterpart S Jaishankar will be on expanding security, defence, cyber, and counter-terrorism cooperation.

After the Blinken visit, the next major engagement will be the US-India 2+2 ministerial dialogue involving foreign and defence ministers of both countries. The United States is likely to host PM Modi at the White House later this year. On Afghanistan, the US position, as stated by the officials, would be of interest to India. New Delhi has frequent high-level conversations with Kabul signalling its stakes in the current government.

Speaking on Quad, the officials said its goal of producing 100 crore vaccines had faced some delay as India battled the second wave. But the working groups had been meeting and the plan still remained for billion doses to roll out in 2022.

Chinese President Xi Jinping underlined the importance of long-term stability and prosperity in Tibet during a meeting with military officials in Lhasa.

The US says it’s against the use of spying technology on civil society, regime critics and journalists through ‘extrajudicial means’.