Fitness and sound health of aircrew is imperative as flying, particularly in the fighter aircraft stream, involves physical, physiological and psychological stress 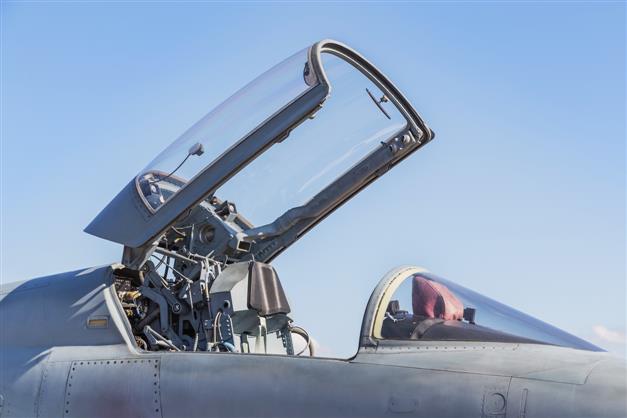 The Indian Air Force is developing a real-time health monitoring system for aircrew that will continuously assess the fitness levels of pilots during flight and relay a warning in case of any abnormality.

According to sources, the Air Force has already drawn up the conceptual requirements for the system and is taking the project forward in collaboration with the industry as well as the medical establishment.

“What we are looking at,” an IAF officer said, ”is a wearable sensor like a wrist band or a stick-on patch that records the pilot’s parameters like blood pressure, temperature, heart rate and oxygen saturation level continuously or at periodic intervals and is integrated with the aircraft’s communication system so that the information is transmitted to ground control.”

In case of any deviation in parameters, the sensors can sound an alarm and air traffic controllers and medical specialists can take preventive or corrective steps by advising the aircrew on how to handle the situation, he added. This is a step further in enhancing flight safety as a large proportion of aircraft accidents are attributed to human factors.

“With in-flight refuelling, the duration of fighter flying has increased, which also enhances associated risks like fatigue and physical discomfort. Remaining confined to restricted cockpit space for a long time with little physical movements also has adverse effects on the body and mind,” an officer said.

Recently, the IAF’s newly inducted Rafale fighter jets had flown non-stop to India from France, a journey covering about 7,000 km in more than eight hours. It was an unprecedented cockpit experience for the IAF.

Even though it was a level flight at sub-sonic speed with much reduced exposure to g-levels, the pilots had to remain alert and carry out all in-flight procedures, besides sitting in the same position in a cramped space for an extremely long time.

A study published by the IAF’s Institute of Aerospace Medicine, Bengaluru, in 2021 revealed that the pain and discomfort following a six-hour prolonged restraint sitting were highly noticeable along with a significant change in the calf circumference and other physiological parameters due to effects of venous pooling. “The effects so observed could have potential flight safety implications and affect mission effectiveness,” the study observed.