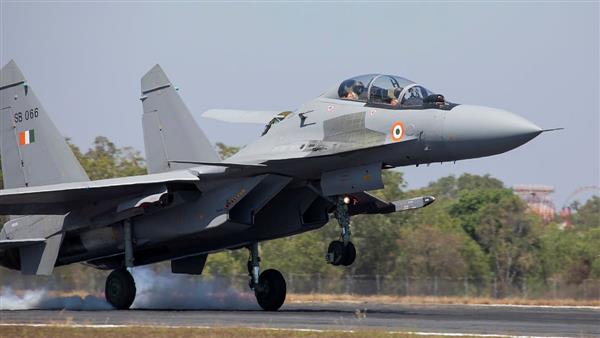 The Indian Air Force on Monday morning scrambled its fighter jets to intercept a Mahan Air commercial flight that had taken off from Tehran in Iran and headed to Guangzhou in China.

While the flight was transiting through the Indian airspace, the pilot of the Mahan Air flight contacted the Delhi Air Traffic Controller (ATC) that the airline had received a bomb threat and sought an immediate landing at Delhi.

IAF fighter aircraft Sukhoi 30 MKI was scrambled from the Punjab and Jodhpur airbases.

The IAF said, “The pilot was offered the option to land at Jaipur or Chandigarh. However, he declared his unwillingness to divert to either of the two airports.”

The aircraft was told to circle in the airspace west of Delhi with the Sukhoi’s in proximity, sources added.

“After a while, intimation was received from Tehran to disregard the bomb scare, following which, the aircraft continued on its journey towards its final destination…The aircraft was under close radar surveillance by the Air Force throughout the Indian airspace,” the IAF added.

The plane eventually continued its eastward journey towards China.