IAF to get two more satellites; AK-203 deal with Russia gets nod 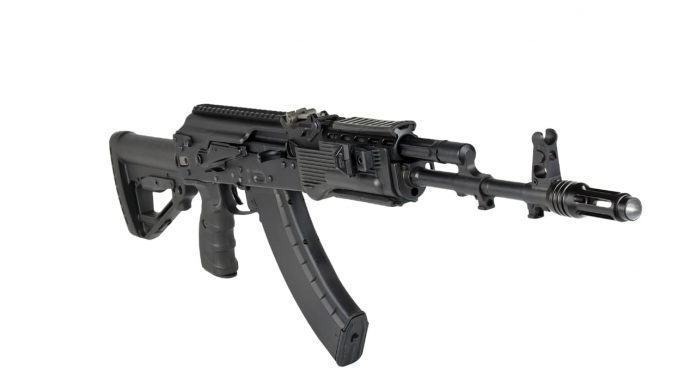 An India-Russia joint venture to make AK-203 rifles has also been approved.

In a boost to the armed forces, the Indian Air Force (IAF) will get two more satellites allowing it long-distance real-time connectivity, while an India-Russia joint venture to make AK-203 rifles has also been approved.

The joint venture is likely to be inked when Russian President Vladimir Putin visits India for an inter-governmental panel meeting with PM Modi on December 6.

The two projects were okayed at a meeting of the Defence Acquisition Council chaired by Defence Minister Rajnath Singh today. Acceptance of necessity (AoN) was okayed for an IAF proposal for its modernisation and operational needs amounting to Rs 2,236 crore under the “Make in India” initiative.

This will entail IAF’s procurement proposal for having GSAT-7C satellites and ground hubs for real-time connectivity. The project envisages complete design, development and launching of satellites in India, the Ministry of Defence said.

The induction of GSAT-7C satellites and ground hubs will enhance the ability of our armed forces to communicate beyond the line of sight among one another in all circumstances in a secure mode. ISRO launched GSAT-7A for the IAF in 2018 and another for the Navy a few years before.

According to sources, India and Russia have agreed to the terms of the deal to make AK-203 rifles. The deal entails production of 6 lakh AK-203 rifles for India’s armed forces over 10 years.

The first batch of 70,000 rifles will include Russian components. An existing factory of the MoD at Amethi will get the technology transfer.