Impasse on farmers will end if farm bodies are willing: Tomar 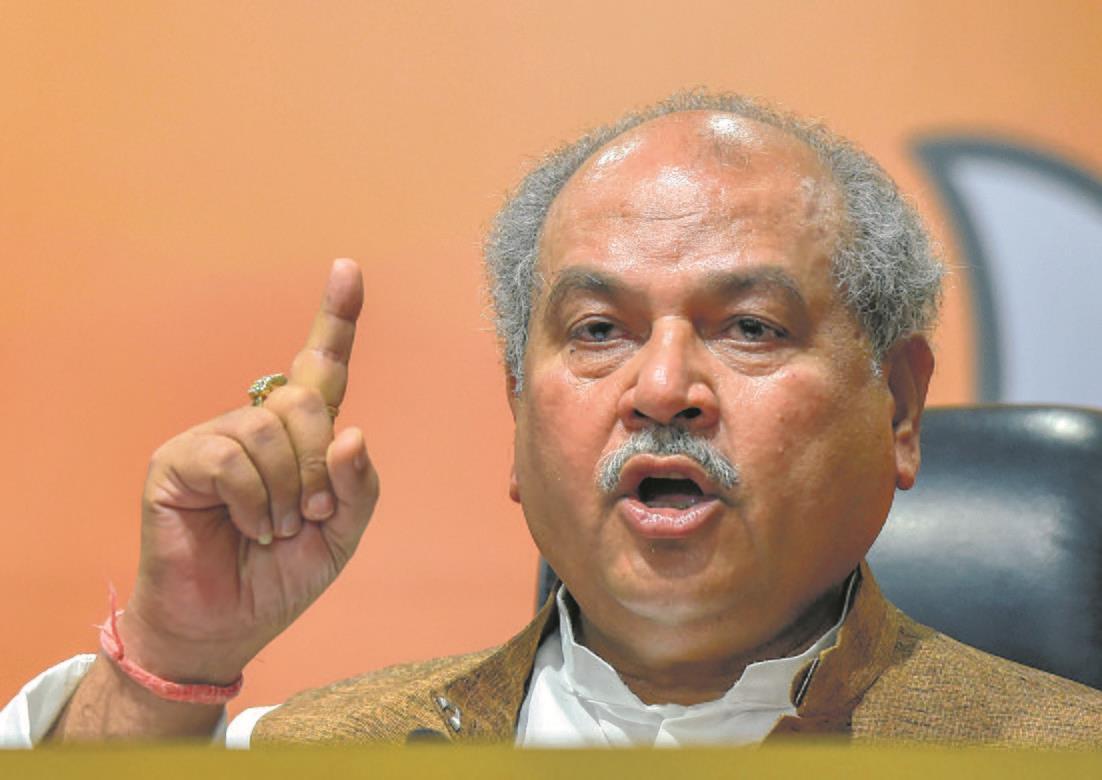 Union Agriculture Minister Narendra Singh Tomar on Saturday said the deadlock over the ongoing farmers’ agitation will end the day the leaders of farm unions decide to sort out this issue.

“The government will also find a way out. The Centre is ready for talks and wants to resolve the issue,” Tomar told reporters.

He reached here after campaigning for the BJP for the assembly polls in Assam, where voting for the first phase was held on Saturday.

“The incumbent BJP government in Assam worked well. After a long period, the people of Assam witnessed peace, development and a sense of security under this government. The BJP will come to power again in that state,” Tomar said.

To a query, the Morena MP said the BJP is in a very strong position in TMC-ruled West Bengal, where polling was held for the first phase.

Thousands of agriculturists, mainly from Haryana, Punjab and western Uttar Pradesh, have been protesting since past four months at Delhi’s border points, demanding a rollback of three new farm laws, terming them “anti-farmers”.

The Centre in September last year enacted the Farmers’ Produce Trade and Commerce (Promotion and Facilitation) Act, 2020, the Farmers (Empowerment and Protection) Agreement on Price Assurance and Farm Services Act, 2020 and the Essential Commodities (Amendment) Act, 2020.

Multiple rounds of talks between the government and leaders of farmers have failed to break the impasse. PTI