In a first, IAF to participate in Exercise Desert Flag VI in UAE 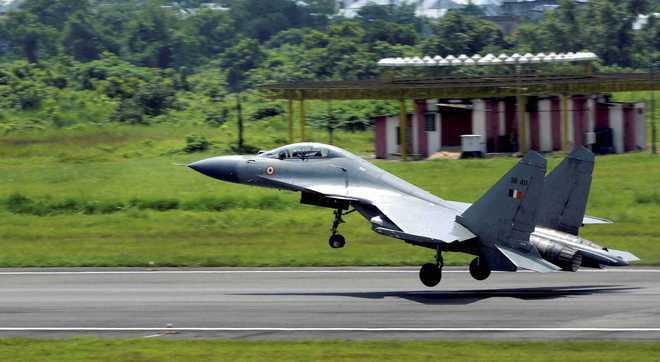 The Indian Air Force (IAF) will participate in the Exercise Desert Flag-VI along with the air forces of the UAE, the US, France, Saudi Arabia, South Korea and Bahrain for the first time, it said on Tuesday.

The exercise is scheduled from March 3 to 21 at the Al-Dhafra airbase in the United Arab Emirates (UAE).

“The IAF is participating for the first time in Exercise Desert Flag-VI along with air forces of United Arab Emirates, United States of America, France, Saudi Arabia, South Korea and Bahrain,” a statement issued by it said.

The IAF is participating with six Su-30 MKI, two C-17 and one IL-78 tanker aircraft. The C-17 Globemaster will provide support for the induction and de-induction of the IAF contingent.

The Su-30 MKI aircraft will undertake a long-range ferry, routing directly from India to the exercise area with aerial refuelling support from the IL-78 tanker aircraft.

The aim of the exercise is to provide operational exposure to the participating forces, while training them to undertake simulated air combat operations in a controlled environment, the statement said.

The participating forces will get an opportunity to enhance their operational capabilities, it said, adding that there will also be a mutual exchange of best practices.

The large-scale exercise involving diverse fighter aircraft from across the globe will provide the participating forces, including the IAF, a unique opportunity to exchange knowledge, experience, enhance operational capabilities and interoperability.

Exercising and interacting with the participating nations in a dynamic and realistic warfare environment will also contribute to strengthen international relations, the statement said. — PTI