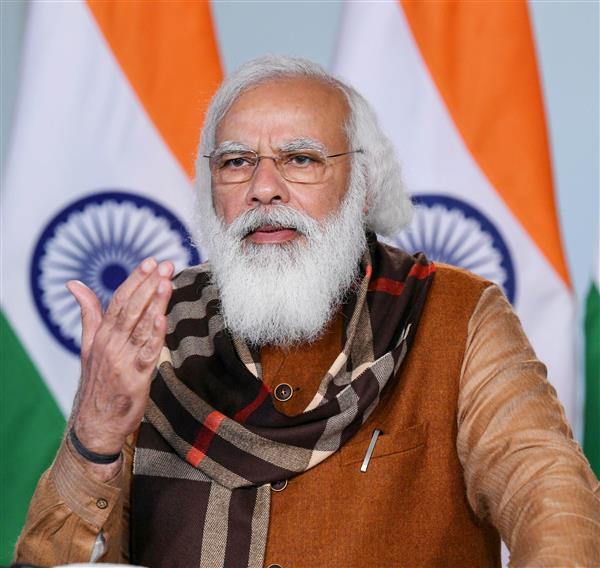 After arriving at the airport at around 2.45 pm, PM Modi took a chopper and came to Race Couse ground. From there he directly came to Netaji Bhawan to pay tribute to Netaji on his 125th birth anniversary. From Elgin Road, the PM will reach National Library and then to Victoria Memorial, sources said.

Earlier in the day, West Bengal chief minister Mamata Banerjee paid a surprise visit to Netaji's paternal home and from there she headed out for a rally at Shyambazar to pay tribute to the revolutionary.

PM Modi, however, had a schedule to attend to two different programmes at National Library and Victoria Memorial on Saturday. But sources said that a visit to Netaji's Elgin Road residence was added to the itinerary at the eleventh hour.

A schedule released by the Peime Minister's Office (PMO) said that PM Modi will visit Netaji's residence with some Bharatiya Janata Party (BJP) leaders from the Bengal unit. But Sugata Bose, the grandnephew of Netaji, reportedly refused to entertain any kind of political gathering at the residence.

Sugata Bose, who had been a Lok Sabha member from Jadavpur parliamentary seat on Trinamool Congress ticket, did not accept the decision of PM Modi coming to Netaji Bhawan with BJP leaders, sources said.