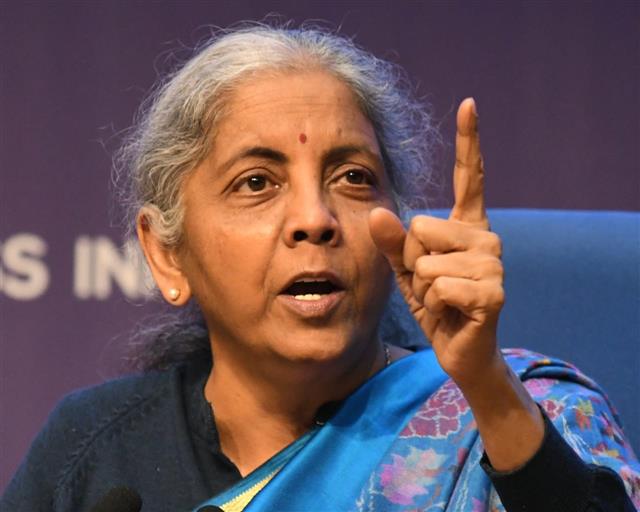 An American of Indian origin has filed a petition with the US State Department under the Global Magnitsky Human Rights Accountability Act urging economic and visa sanctions against 11 Indians, including Union Finance Minister Nirmala Sitharaman, for corruption and serious violations of human rights.

The petition is part of the ongoing battle between the Indian Government and Devas, a company founded by the petitioner Ramachandran Viswanathan, on enforcing a $ 1 billion arbitration judgment.

While Sitharaman has blamed the previous Congress Government for the fiasco and said the Centre will contest the adverse international arbitration awards on the basis of a Supreme Court judgment that upheld orders by the National Company Law Tribunal (NCLT) asking the promoters to wind up the company as the deal with Antrix was steeped in fraud.

After the UPA Government cancelled a deal between Devas and an ISRO company, Antrix, three cases for international arbitration were filed by the aggrieved investors in the former. The Indian Government lost all of them, but it is Devas founder Viswanathan who has taken the cudgels against New Delhi, which includes laying claim on Air India’s assets in Canada and on the Indian Government-owned property in France.

The Magnitsky petition is yet another attempt to bring the Indian Government to the negotiating table as was the case with Cairns Energy where New Delhi will be returning nearly Rs 8,000 crore.

The Global Magnitsky Act authorises the US Government to sanction foreign government officials who are deemed serious human rights offenders and to freeze their assets and restrict them from entering the US.

In order to highlight the human rights aspect, Viswanathan has claimed that the Indian Government has put “forth fake claims of fraud and criminal actions to Interpol in a deliberate effort to secure a Red Notice’’ for his arrest and extradition.

In support, he cites a letter in July by US Senator Chuck Grassley (R-IA) who sent a letter to the US Attorney General Merrick Garland raising concerns that India and other foreign governments are abusing Mutual Legal Assistance Treaties (MLAT) and the Interpol Red Notice Process.