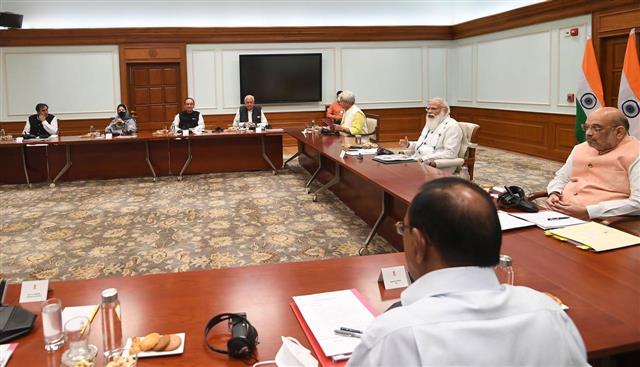 Underlining the Centre’s decisive efforts in making attempts to resolve “the complex Kashmir issue”, a group of retired IPS officers on Saturday wrote an open letter to Prime Minister Narendra Modi and expressed hope that the government would fulfill the promise of bringing economic development to Jammu & Kashmir with all the robust investment plans that have been finalised.

Lending support to the government’s decision abrogating the special status accorded to the erstwhile state under Article 370 and its reorganisation into two UTs of J&K and Ladakh, they contended that now Pakistan has started calling for the reinstatement of statehood, “which amounted to accepting that J&K is an integral part of the Union of India”.

“It is a matter of national pride that over these years, the Central Government tried all means possible to achieve this goal. The momentous decision to annul Article 35A and read-down Article 370 was efficiently implemented, with all necessary precautions to prevent the loss of life and property,” said the letter undersigned by the group, including members like former UP DGP Vikram Singh, former J&K DGP SP Vaid and former CBI Director Prakash Mishra.

They said that the complete integration of Kashmir with the Union of India was a long-pending unfinished task since India adopted the Constitution of India in 1950. Now, a citizen of Kashmir can proudly call himself/herself Indian and receive all benefits that the Indian state bestows on its citizens, they added.

The letter then went on to highlight the achievement of the government in J&K. It said that in August, 2019, the government passed the J&K Reorganisation Bill in Parliament and completely integrated the territory with the Union of India.

“This decision gave representation and residency rights to a number of diverse groups, including refugees from West Pakistan and Paharganj-speakers, who were hitherto denied rights to welfare and electoral processes. As a result, over 20,000 refugees from west Pakistan, Gorkhas and women married to non-J&K residents also became legitimate domiciles eligible to buy land and get jobs in J&K,” the letter read.