Mukherjee, 84, leaves behind his daughter and two sons.

His son performed his last rites. 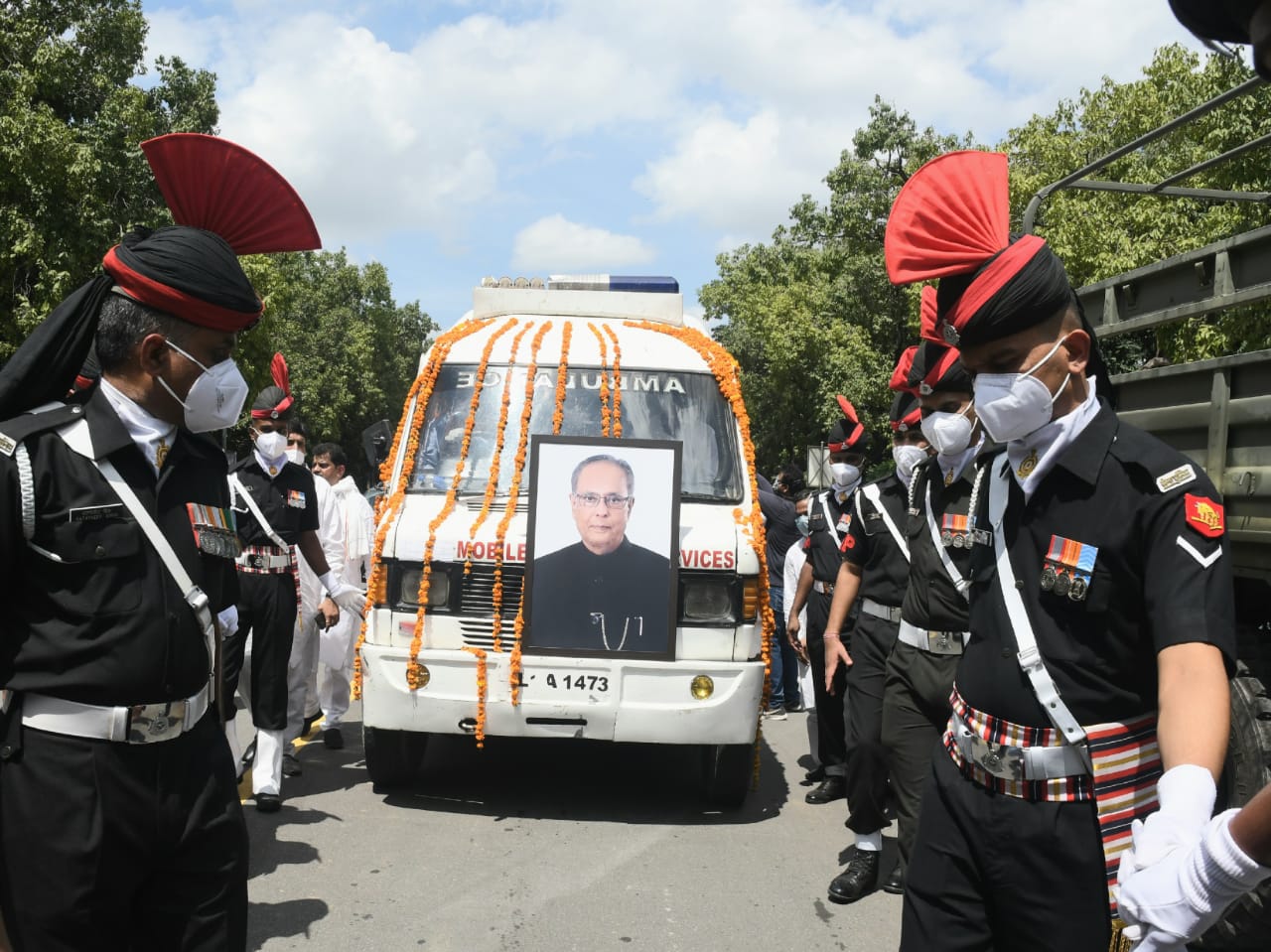 An Army contingent gave a guard of honour and a gun salute to the former president.

Mukherjee (84) died on Monday evening at the Army's Research and Referral Hospital in Delhi cantonment following a 21-day battle with multiple ailments.

Also read: Will convert a floor of our home into museum-cum-library in Pranab Mukherjee’s memory: Abhijit

The mortal remains of India's 13th president, who died on Monday after a three-week battle with multiple ailments, were taken to his residence from the Army's Research and Referral hospital in a flower-bedecked white vehicle. 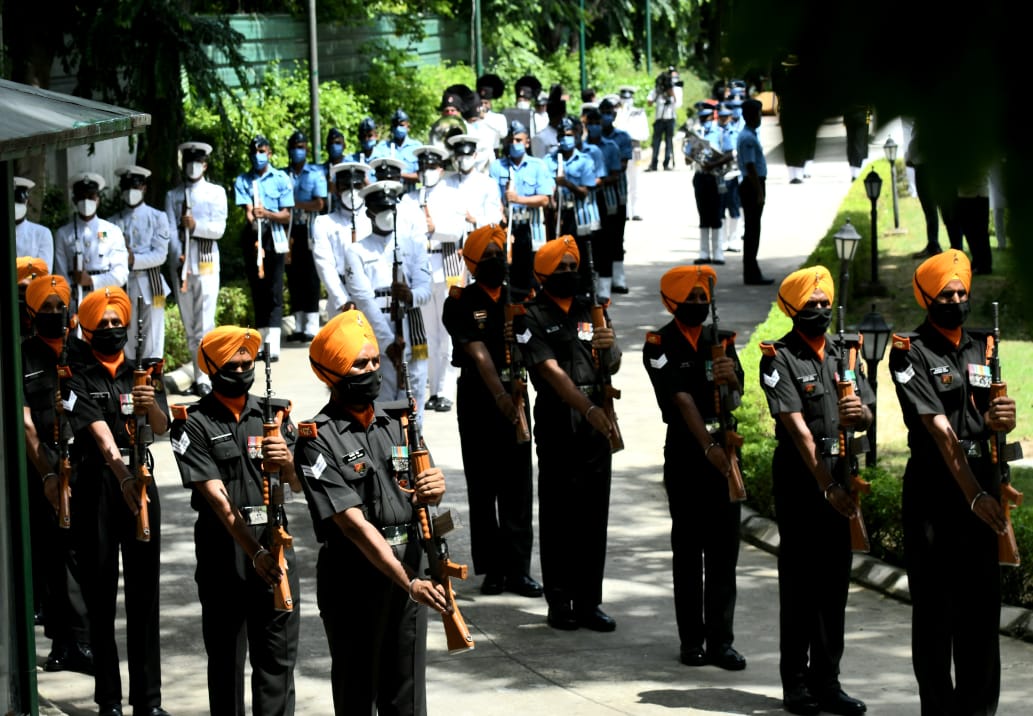 As the nation observed seven-day mourning in honour of its "Bharat Ratna", a long-time Congress politician and one of India's most respected people in public life, a host of leaders and others visited his 10 Rajaji Marg residence.

Besides the 'VIPs', workers of various parties and the general public stood in long queues maintaining social distancing, wearing masks and carrying bouquets as they waited patiently to catch a glimpse of Mukherjee for one last time.

Congress leader Adhir Ranjan Chowdhury, CPI general secretary D Raja and BJP leader Jyotiraditya Scindia were also there to pay their respect to a man who had spent more than five decades in public life and was admired as a "consensus builder". 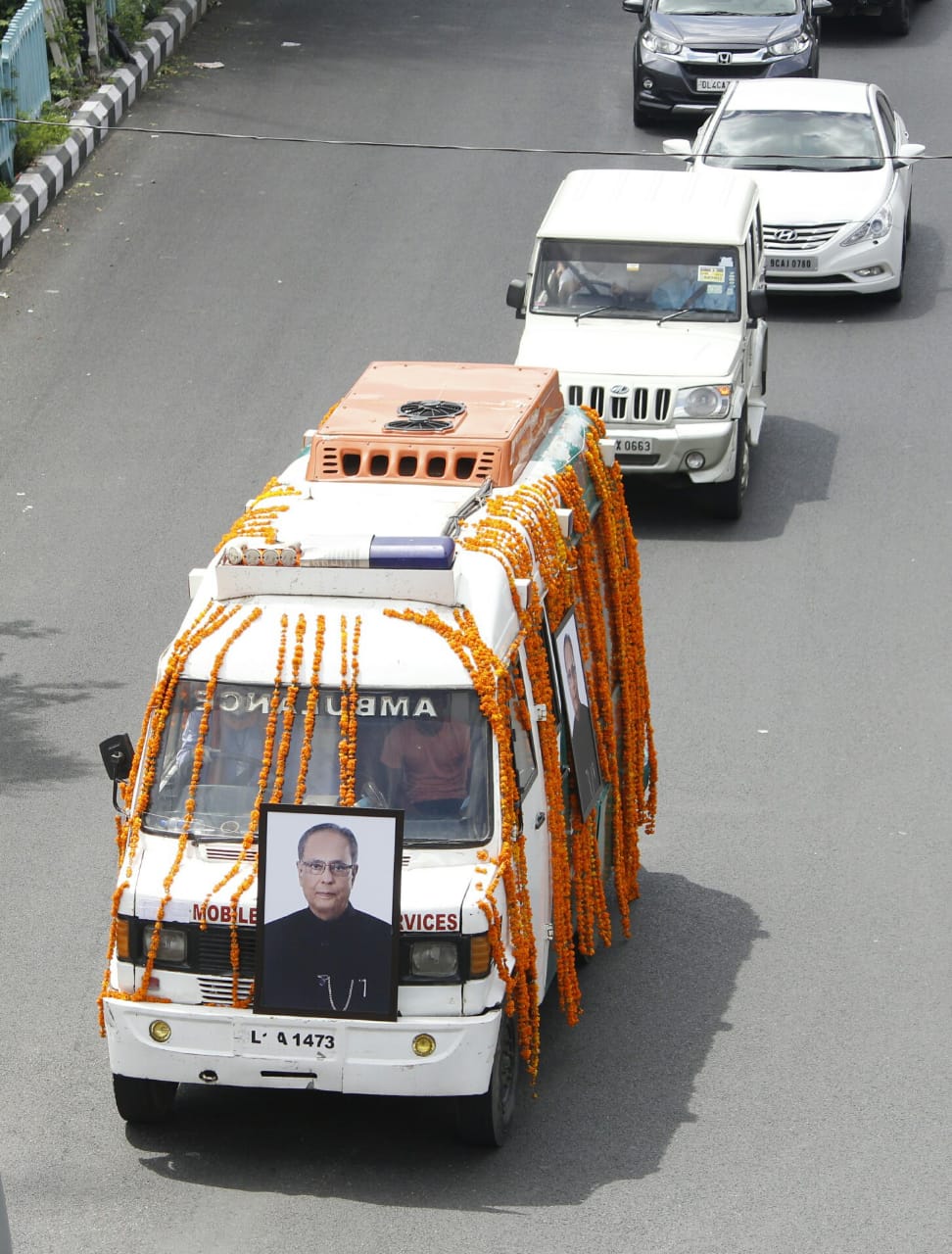 "Whether people agreed with him or not, he was very forthright in articulating his views keeping in view the interests of the country," Raja told reporters.

"He was an excellent politician, orator... For the Congress, he was the helmsman. He won the the hearts of everyone. Our prime minister respected him so much, one can imagine, how important he was for the country. He was a true Bharat Ratna," Goel told reporters.

Mukherjee, 84, leaves behind his daughter and two sons.

Mukherjee was admitted to the Research and Referral Hospital on August 10 and was operated for removal of a clot in the brain the same day. He also tested positive for COVID-19 during his admission and was being treated for a lung infection.  The statesman and scholar, known for his encyclopaedic memory and sharp intellect, served as the country's first citizen from 2012 to 2017.

In 1982, he became India's youngest finance minister when he was just 47. In the years that followed, he served as India's Minister for External Affairs, Defence, Finance and Commerce and was the first Indian president to have done so.

Mukherjee had the distinction of serving three prime ministers as a minister -- Indira Gandhi, P V Narasimha Rao and Manmohan Singh - and was the party's trusted Man Friday as it evolved over the decades.

Mukherjee's tenure as president will stand out for the tough stance he took on mercy petitions. Of the 34 mercy petitions presented to him, he rejected 30. --PTI