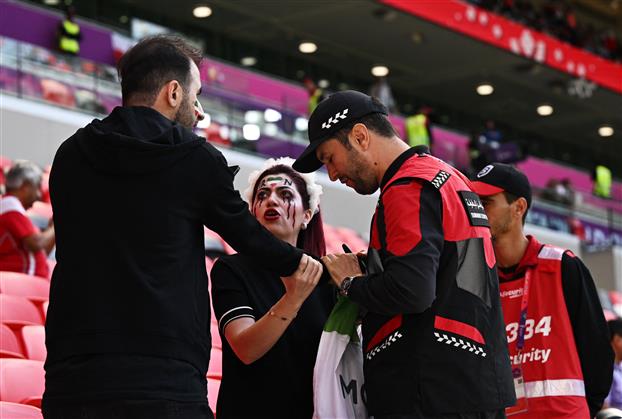 India joined other major emerging countries in abstaining from a West-led resolution at the UN Human Rights Council (UNHRC) to investigate the crackdown on protesters in Iran.

India joined other major emerging countries in abstaining from a West-led resolution at the UN Human Rights Council (UNHRC) to investigate the crackdown on protesters in Iran.

The might of the West though proved overwhelming for some developing countries, most of them small states, and the resolution was passed with 25 votes in favour, seven against and 16 abstentions.

India, with its aversion to so-called international probes, has recently abstained from similar UNHRC resolutions on Xinjiang and Ukraine as also on a resolution suspending Russia from this world body.

India joined Indonesia, Brazil, Malaysia, Nigeria, the UAE and Kazakhstan in abstaining from the resolution at the UNHRC with which it has not had a very happy relationship. Less than a fortnight ago, the UNHRC had asked India to stop targeting minorities with terror laws. Iran backed India during the height of insurgency in Jammu and Kashmir in 1994 by opposing an OIC-sponsored resolution at the UNHRC in the 90s.

Currently, India is in talks with Iran to expand the trade routes to Afghanistan and Central Asia, circumventing Pakistan. China, Pakistan, Armenia, Eritrea, Cuba and Venezuela sided completely with Iran by voting against the resolution. India has so far not criticised Iran for the daily confrontations between the security forces and protesters. After the UNHRC meeting, it did not give any explanation for the abstention, which took place a day after Deputy Foreign Minister for Political Affairs Ali Bagheri Kani met External Affairs Minister S Jaishankar.

At the meeting, a UN High Commissioner alleged that the security forces “have used live ammunition, birdshot and other metal pellets, teargas and batons” on civilians since protests broke out after 22-year-old Mahsa Amini was killed by Iran’s moral police for not wearing a hijab. The UNHRC estimates that 300 have been killed but Tehran says the “hasty reaction of a number of western authorities and their interventions in internal affairs of Iran turned the peaceful assemblies into riots and violence”.

The resolution was sponsored by Germany and the Netherlands.

On November 16, India had voted “No” to a UN General Assembly third committee’s draft resolution that urged Iranian officials to “cease the use of excessive force against peaceful protesters, including women and children”. The resolution was passed with 80 votes in favour, 28 against and 68 abstentions.

Doha: Tensions ran high at Iran’s second match at the FIFA World Cup in Qatar on Friday as fans supporting the Iranian Govt harassed those protesting against it and the stadium security seized flags and T-shirts expressing support for the protest movement that has gripped Iran.

25 votes in favour, seven against