India acts tough with Nepal, asks it to create conditions for talks 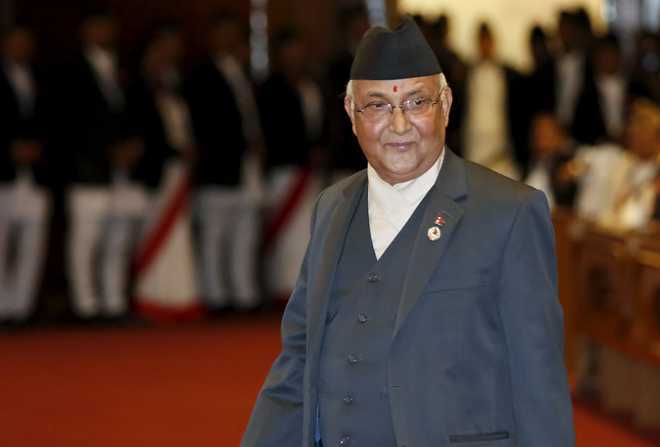 India has decided to play hardball with Nepal by accusing its Prime Minister K P Oli of creating a difficult situation and seeking conducive conditions for talks on mutually competing claims over a strip of land on the Indo-Nepal border.

ALSO READ: Indo-Nepal ties are not ordinary; no power in world can break them: Rajnath

The observation comes a day before Nepal’s Upper House will consider a resolution to change the map on the Coat of Arms to include the areas claimed by India as well. The Lower House had unanimously passed the resolution last week.

The Indian stand with respect to Nepal is at variance with its attitude to resolving the stand-off with China on the Line of Actual Control (LAC) where it entered into talks with no preconditions.

Charging Oli with unilateral changing Nepal’s political map, the sources said the fact that this was done without fact or evidence, points to domestic political agenda being the prime motivation behind the move.

“We don’t know why PM Oli and his government did not tell the Nepalese people about our offer of talks. We keep hearing India has never offered a virtual conference between Foreign Secretaries,” said the sources while pointing out that Nepal did not respond to two offers for talks made over the past nine months.

They, however, conceded that PM Narendra Modi has not spoken to Oli on the issue. Their last conversation on April 10 (before Defence Minister Rajnath Singh inaugurated the road to Lipulekh) was in a broader bilateral context.

At the same time, the sources said the dispute has not impaired cooperation in other areas. “Our cooperation is multifaceted. The Government of India has remained in the forefront of Covid assistance to Nepal and work is going on integrated check posts and various rail connectivity links besides small developmental projects,” they said.

The sources also reacted sharply to Oli’s claim that Nepalese returning from India had led to a spike in Covid cases. “This is false and distorted. We are surprised. So many Nepalese are coming from other countries, including China. We have given so many other overflight clearances to flights to Nepal. To single out the name of one country (India) indicates the same political motivation of the current establishment,” they responded.

The sources blamed the Nepal Government’s inept handling of the epidemic as the reason for the spike. The sudden surge, they said, was due to lack of proper testing and quarantine measures. “Moreover, once people cross the border, it becomes the responsibility of the host government to ensure proper medical care. The opposition in Nepal had also warned the Government in this respect,” they pointed out.