The active cases comprise 1.02 per cent of the total infections, while the national Covid recovery rate has been recorded at 97.65 per cent 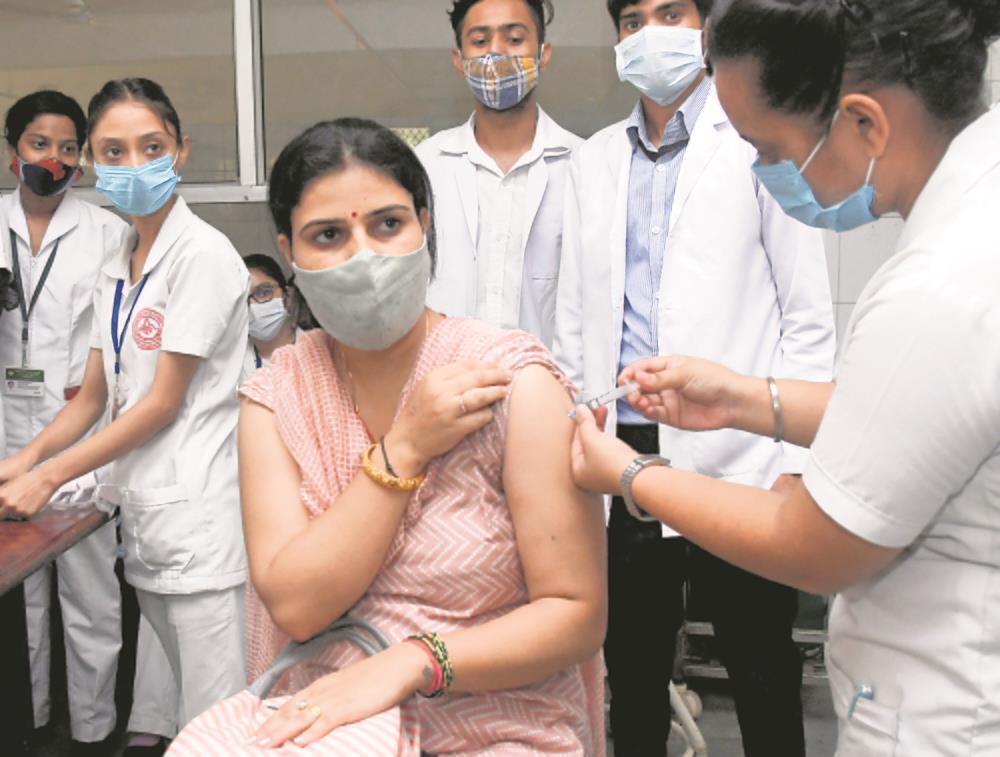 India saw a single-day rise of 34,403 new Covid infections while the active cases have further declined to 3,39,056, according to Union health ministry data updated on Friday.

The active cases now comprise 1.02 per cent of the total infections, while the national Covid recovery rate has been recorded at 97.65 per cent, it said.

The ministry said a reduction of 8,164 cases had been recorded in active cases in a span of 24 hours.

The daily positivity rate has been recorded at 2.25 per cent. It has been less than three per cent for the last 18 days, according to the data.

The weekly positivity rate has been recorded at 1.97 per cent. It has been below three per cent for the last 84 days, the ministry said.

The number of people who have recuperated from the disease is 3,25,60,474, while the case fatality rate has been recorded at 1.33 per cent, it said.

The cumulative doses administered in the country so far under the vaccination drive has exceeded 77.24 crore, according to the ministry.

The 320 new fatalities include 178 from Kerala, 45 from Maharashtra and 25 from Tamil Nadu, the ministry said.