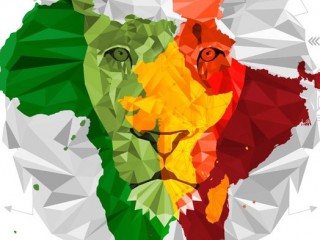 Outlining India’s outreach to Africa and the tremendous scope to increase relations with the continent was the highlight of a discussion on how to take the ties forward, with Africa suggesting India could expand cooperation and investment in agriculture, banking, and tourism and telecom sectors.

Stressing that India should be able to realise as a strong and reliable partner of Africa, Dean of African Diplomatic Corps, Ambassador Alem Tsehye Woldermariam said the continent benefited with New Delhi providing succour to the people supplying pharmaceuticals in the times of the global pandemic.

Identifying development of blue economy and rich maritime resources, Ambassador Woldemariam of Eritrea said India should consider investing and relocating its production lines to the continent and enjoy duty and quota free access.

Taking part in the inaugural session of a two-day webinar “India-Africa Looking Ahead: Contemporary Realities and Emerging Projects” organised by the Indian Council of World Affairs, Ambassador Woldermariam said India became a pharmacy for the world during Covid19 pandemic and assisted many countries in Africa with some receiving grants. He welcomed the public-private partnership initiative through which prestigious hospitals in India are training medical professionals from Africa.

On his part Rahul Chhabra, Secretary (Economic Relations) in the Ministry of External Affairs said India’s development partnership with Africa has seen completion of 194 projects in 37 countries and 77 projects in the works across 29 countries with a value of U.S. $ 11.6 billion. India currently has 38 missions with a fourth of them opening during the last two years. India hopes to open up to 47 missions in Africa by 2022.

Citing the e-Vidya Bharti and e-Aarogya Bharti through which countries in the continent benefit on education and health at a low cost, he said there is scope for expansion since currently around 20 countries are utilising the programmes.

Identifying emerging areas for development, he said, these include technology and fintech, IT, Defence and Security, Maritime Security since India and Africa share Indian ocean as commons. The overall policy towards Africa, he said, is based on Prime Minister Narendra Modi’s 10 guiding principles outlined in the July 2018 speech in Uganda.