Broader partnerships to counter impact of India staying out of RCEP 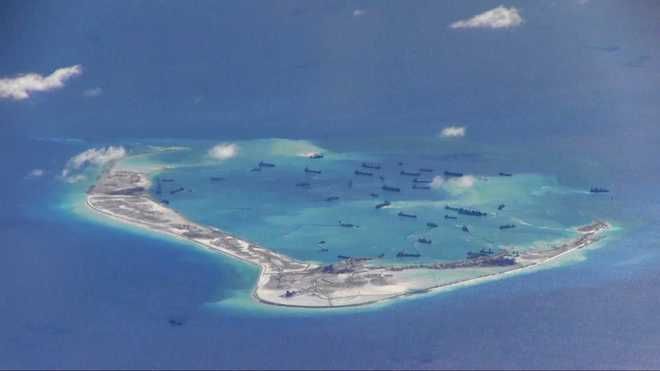 India is keen on expanding its current conversations with Japan and Australia on a proposed supply-chain partnership to include other countries in the region.

This initiative is aimed at minimising the adverse effects of walking-out of a regional free trade agreement that includes these two countries besides China and over a dozen other countries.

India is proposing that some ASEAN countries can be added to the India-Australia-Japan discussions on China-free supply chains, said sources here.

The proposal comes against the backdrop of these very two countries planning to launch a Regional Economic Cooperation Partnership framework pact this Sunday in partnership with China, South Korea, New Zealand and 10 countries of the ASEAN bloc.

The 15 Asia-Pacific countries, barring India, aim to ink the RCEP on November 15 to set up an economic bloc equal to third of the global GDP and population.

India will be on the sidelines when this agreement will be struck but its close ally Japan will sign its first FTA that includes China and South Korea.

As this development will be a setback to India’s zero sum game with China, sources said recent diplomatic talks plan to expand the ambit of India-Japan-Australia negotiations from the present government-to-government level to the industry and academia of these countries.

It is not clear how an alternate supply chain will play out vis-à-vis the RCEP that aims to bind 14 neighbouring countries (barring India) and China into much closer economic linkages.

The RCEP includes most of the countries with which India would like to strike deeper economic and security partnerships in order to improve its standing and marginalise China.

Sources said this approach is in full play in the immediate neighbourhood including Nepal, Bhutan, Myanmar, Bangladesh and the Maldives.

There was no response on whether it would take off in ASEAN which is on the verge of striking a deal for a free trade arrangement with China and the region’s major players. India had last November expressed its unwillingness to participate in the final stretch of RCEP talks because it feared a further widening of trade deficit with China.

The India, Japan and Australia initiative was launched in September to achieve supply-chain resilience in the Indo-Pacific region.

It has now moved to identifying a dozen sectors where supply-chains can shift away from China. These include energy, automobiles, steel, pharma, textiles and garments, marine products, financial services, IT services, tourism and skill development.