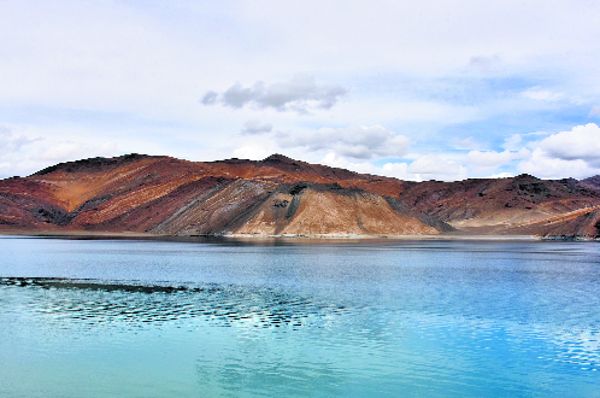 The Pangong Lake in Ladakh

More than nine months into the military standoff, India and China on Wednesday kick-started the process to disengage troops from the Line of Actual Control (LAC) in eastern Ladakh.

The process has been initiated on the north and south banks of the Pangong Tso, 135-km glacial lake. Some 50,000 troops on either side have been facing each other along the 823-km-long LAC.

While India is yet to make an official statement on the matter, Chinese defence ministry website ran a statement by its spokesperson Colonel Wu Qian today. “Chinese and Indian frontline troops at the southern and northern bank of the Pangong Tso lake start synchronised and organised disengagement from February 10,” he stated.

Top sources in the Indian security establishment have said that “this will be part of a gradual step-wise disengagement process”.

On the north bank of the lake – which has a more rugged terrain – both sides have begun the process of thinning out troops.

The pullback shall be physically verified before the next disengagement step is undertaken, said the sources, as they recalled the Galwan clash on June 15 which occurred after the first phase of pullback had been initiated. So far, only tanks and mechanised equipment have been withdrawn from the south bank of the lake. On the north bank, the number of infantry troops is being reduced.

Epicentre of tensions between two sides

50,000 troops on either side have been facing each other along the 823-km-long LAC. Since August-end, both armies have been within rifle-shot range of each other in the south bank of Pangong Tso following a clash.

Beijing: China, which has been blocking India’s efforts to become a permanent member of the UN Security Council, on Wednesday called for evolving a “package solution” that is acceptable to all to reform the top organ of the global body. India began its two-year tenure as a non-permanent member on January 1. PTI