The 14th round of Corps Commander-level meet that concluded at 10.30 pm on Wednesday after 13 hours was held on the Chinese side of the Chushul-Moldo border point 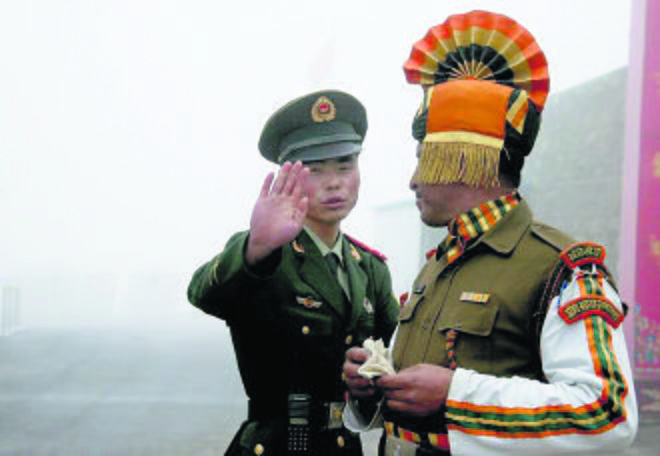 Almost 20 months into the military standoff, India and China have yet again failed to agree on resolving all points of friction along the Line of Actual Control (LAC) in eastern Ladakh.

Edit: In for the long haul

The 14th round of Corps Commander-level meet that concluded at 10.30 pm on Wednesday after 13 hours was held on the Chinese side of the Chushul-Moldo border point.

The statements issued this time were not as blunt as those issued after the 13th round of talks on Oct 10, 2021, when they blamed each other for the failure of the talks.

Sources told The Tribune there would be no immediate disengagement of troops from Patrolling Point (PP)-15, also known as Hot Springs. Resultantly, Indian forces would stick to their locations and positions at the LAC. Weapons, equipment, tanks, artillery guns and other high technology surveillance systems would also be around. Both sides have some 75,000 troops in the sector.

A statement issued by the Ministry of Defence on Thursday evening said representatives from the defence and foreign affairs establishments of the two sides were present at the meeting. “They agreed that both sides should follow the guidance provided by the state leaders and work for the resolution of the remaining issues at the earliest.”

The statements issued by both sides were not as blunt and sharp as those issued after the 13th round of talks on October 10, 2021, when they blamed each other for the failure of the talks.

This time, the statement said: “The two sides have agreed to stay in close contact and maintain dialogue via military and diplomatic channels and work out a mutually acceptable resolution of the remaining issues at the earliest.” It also spoke about agreeing to hold the next round of the commanders’ talks at the earliest. Since June 2020, there have been 14 rounds of talks. Though there has been partial success, troop build-up on either side, for now, shows no signs of getting back to the pre-April 2020 levels. At the talks yesterday, India and China agreed that the two sides would consolidate the “previous outcomes” and take effective efforts to maintain the security and stability on the ground in the western sector.

Sources explained the “previous outcomes” mentioned in the statement referred to the disengagement at PP-17, PP-17A, and north and south banks of the Pangong Tso, a 135-km glacial lake. India shares 832-km LAC with China in the eastern Ladakh sector.

Yesterday, Army Chief General MM Naravane at a press conference in the Capital had mentioned a three-step process to ease the standoff: disengagement of troops, de-escalation of tension followed by deinduction of all troops, weapons and equipment. “Till these steps are completed, we have to remain there (LAC),” he had said. He had added that each round of talks might not “have an outcome”.

There has been one fatal clash at Galwan in June 2020, leading to deaths on both sides. Gun shots (the first since 1967) were fired across the LAC in August 2020 and there have been at least two hand-to-hand fights in which dozens were injured on both sides.