The last round of talks, the eighth since June 6, was two weeks ago on November 7 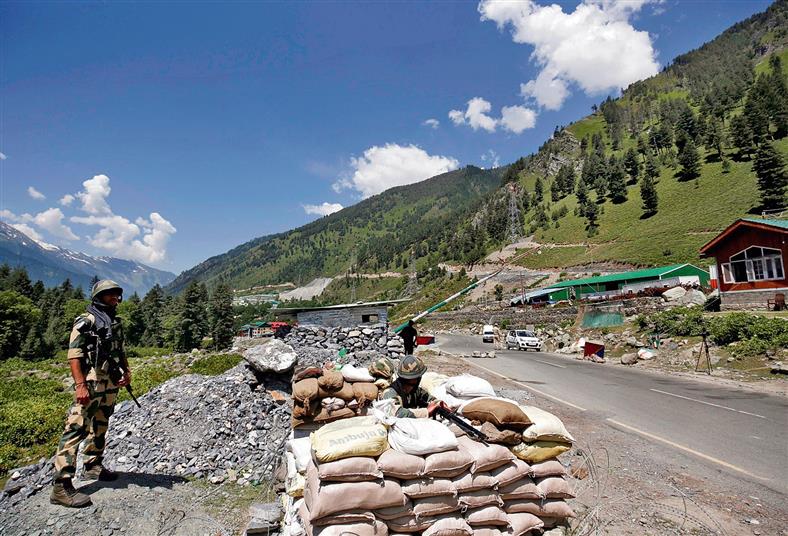 BSF jawans stand guard at a checkpoint along a highway leading to Ladakh. File

Military-level talks between India and China for de-escalating the present position in Ladakh have been deadlocked, for now. The two sides have been discussing dates for a fresh round of talks over the hotline. However, no formal date for talks has being announced.

There will be talks, but there the date has not been decided so far, said a senior functionary.

The last round of talks, the eighth since June 6, was two weeks ago on November 7. With winter having set in, it was expected that the next round would be held quickly and some kind of protocol would be established. It was after the sixth round of talks on September 21 that the two sides agreed to not add any more troops along the frontline and refrain from unilaterally changing the ground situation along the Line of Actual Control (LAC).

Lt General-level officers of the two sides have been meeting to resolve the crisis, which flared up on May 6.

A series of discussions took place in Moscow on September 4 and 10. Indian Defence Minister Rajnath Singh and External Affairs Minister S Jaishankar had met their respective counterparts at the two meetings. A five-point de-escalation programme was also released, but it has not been followed, other than the September 21 agreement of not adding more troops.

The Indian Army is circumspect as the People’s Liberation Army (PLA) backtracked on agreements to disengage along the LAC in June.

Also, there are fresh areas of confrontation, like the 70-km stretch along the southern part of Pangong Tso where India now dominates the heights overlooking the Moldo garrison of the PLA. China wants India to move back, but New Delhi wants an iron cast assurance that Beijing would not occupy these heights.