India, China, Pak have increased nuclear arsenal in past one year

Think-tank warns Beijing is in middle of significant modernisation of its stockpile; alerts about growing N-distrust between US and Russia 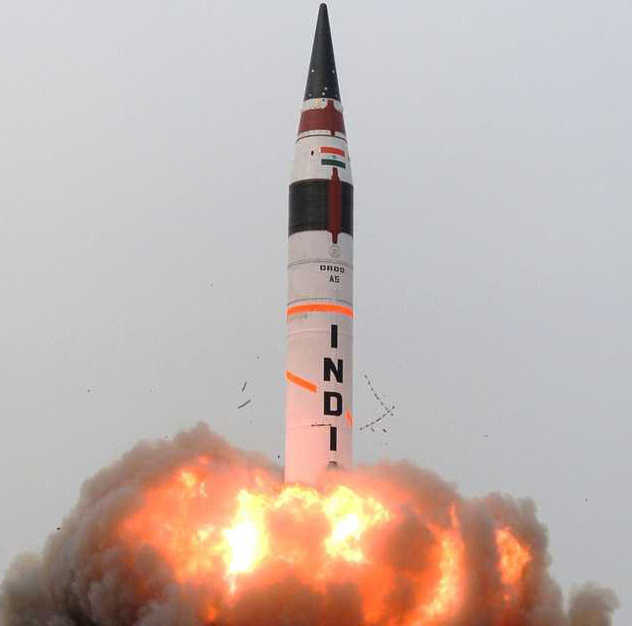 An international think-tank on Monday said India and China have increased their nuclear arsenal over the past year. It also warned of how China was in the middle of "significant" modernistaion of its nuclear weaponry.

Unconnected to this, the two  neighbours are locked in a tense stand-off along the 3,488-km LAC since May.

Indian arsenal despite the increase still is short of Pakistan’s 160 warheads. Islamabad had an estimated 150-160 warheads in January 2019 and now in January 2020, the number is 160. “ India and Pakistan are slowly increasing the size and diversity of their nuclear forces, says the report. The details of the report were released on Monday morning by Swedish think-tank Stockholm International Peace Research Institute (SIPRI).

A statement said these were ‘findings of SIPRI Yearbook 2020’, which assesses the current state of armaments, disarmament and international security. * ‘Deployed warheads’ refers to warheads placed on missiles or located on bases with operational forces.

** ‘Other warheads’ refers to stored or reserve warheads and retired warheads awaiting dismantlement.

* The British Government has stated that the process to reduce the stockpile to 180 warheads is underway. Although some sources suggest that the stockpile remains at 215 warheads, it is possible that, under this process, the stockpile may have already been reduced.

“A key finding is that despite an overall decrease in the number of nuclear warheads in 2019, all nuclear weapon-possessing states continue to modernise their nuclear arsenals,’ The SIPRI said.

“China is in the middle of a significant modernisation of its nuclear arsenal. It is developing a so-called nuclear triad for the first time, made up of new land- and sea-based missiles and nuclear-capable aircraft," the SIPRI says on China’s modernisation.

India has already cleared that it has the ‘triad’ ability – described as platforms which can launch a nuclear warhead from air, land or from under sea.

Talking about changes to the global order, the report says Russia and the USA have extensive and expensive programmes under way to replace and modernize their nuclear warheads, missile and aircraft delivery systems, and nuclear weapon production facilities. Both countries have also given new or expanded roles to nuclear weapons in their military plans and doctrines, which marks a significant reversal of the post-cold war trend towards the gradual marginalisation of nuclear weapons.

The SIPRI termed this as an “unfolding crisis” of nuclear arms control that suffered further setbacks in 2019. “In these times of ever-increasing geopolitical tensions, the absence of adequate measures to monitor nuclear arsenals and to prevent the proliferation of nuclear weapons and materials is a particularly worrying development,” the SIPRI report quoted Shannon Kile, Director of SIPRI’s Nuclear Disarmament, Arms Control and Non-proliferation Programme.

The loss of key channels of communication between Russia and the US that were intended to promote transparency and prevent misperceptions about their respective nuclear force postures and capabilities could potentially lead to a new nuclear arms race, the reports said.