India’s overall score fell from 6.9 in 2019 to 6.61 in the Index that provides a snapshot of the current state of democracy worldwide for 167 countries 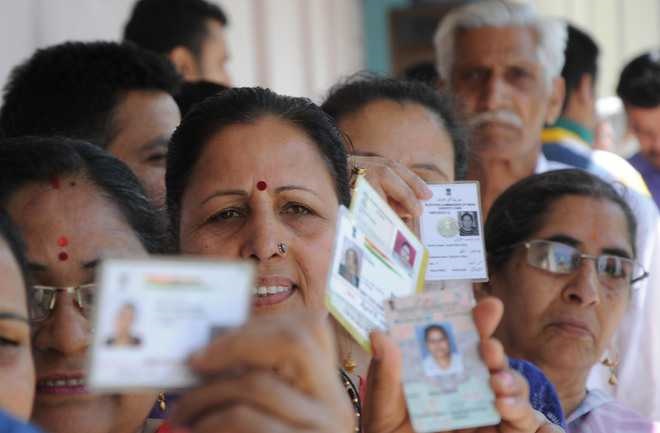 India slipped two places to 53rd position in the 2020 Democracy Index’s global ranking, according to The Economist Intelligence Unit, which said the “democratic backsliding” by authorities and “crackdowns” on civil liberties has led to a further decline in the country’s ranking.

However, India is ranked higher than most of its neighbouring countries.

India’s overall score fell from 6.9 in 2019 to 6.61 in the Index that provides a snapshot of the current state of democracy worldwide for 167 countries.

“With mounting pressure on India’s democratic norms, India’s score fell from a peak of 7.92 in 2014 to 6.61 in 2020 and its global ranking slipped from 27th (in 2014) to 53rd as a result of democratic backsliding” under the current regime, The Economist Intelligence Unit (EIU) said.

The EIU report said in India and Thailand, “democratic backsliding by the authorities and crackdowns on civil liberties led to a further decline in their global rankings”.

It further alleged that the Narendra Modi-led government had “introduced a religious element to the conceptualisation of Indian citizenship, a step that many critics see as undermining the secular basis of the Indian state”.

“The authorities’ handling of the coronavirus pandemic led to a further erosion of civil liberties in 2020,” the report said.

India was ranked 51st in the 2019 Democracy Index.

Among India’s neighbours, while Sri Lanka, at 68th rank, is classified as a flawed democracy, Bangladesh (76), Bhutan (84) and Pakistan (105) are classified in the ‘hybrid regime’ category. Afghanistan is ranked 139th and classified as an ‘authoritarian regime’ in the index.

The EIU report looks at the impact of the coronavirus (COVID-19) pandemic on freedom and democracy around the world.

The Asia and Australasia region includes top-scoring New Zealand, which retained its fourth position in the global ranking (out of 167 countries), and persistent laggard North Korea at the bottom of the global ranking in 167th place, the EIU said in a statement.

The region’s overall score fell in 2020 but it now has five “full democracies” with Japan, South Korea and Taiwan moving up the rankings compared with 2019.

Despite these upgrades, Asia’s average regional score deteriorated to its lowest level since 2013 as official measures taken to combat the coronavirus pandemic led to some of the most severe constraints on individual freedoms and civil liberties in the world, the EIU said.

China, Singapore and others went much further than the rest of the world in tracking and policing their citizens and locking them down in response to the COVID-19 pandemic, it said.

Joan Hoey, Editor of The Economist Intelligence Unit’s annual Democracy Index report, said: “The symbolism of Asia gaining three new ‘full democracies’ in 2020 and western Europe losing two (France and Portugal) was apt, as the coronavirus pandemic has accelerated the shift in the global balance of power from the West to the East.”

“Asia continues to lag behind the West in democratic terms having only five ‘full democracies’, compared with western Europe’s 13 but the region has, so far, handled the pandemic much better than virtually any other, with lower infection and mortality rates and a fast economic rebound,” she said.

Asian governments reacted decisively (albeit deploying coercive powers in some cases), benefited from well-organised health systems and retained the confidence of their populations, she said.

By contrast, European governments were slow to act, some health systems came close to collapse and public trust in government declined, Hoey added.

The Economist Intelligence Unit (The EIU) was the world’s leading resource for economic and business research, forecasting and analysis, a statement said. PTI