CAA paved way for citizenship to Sikhs & other minorities 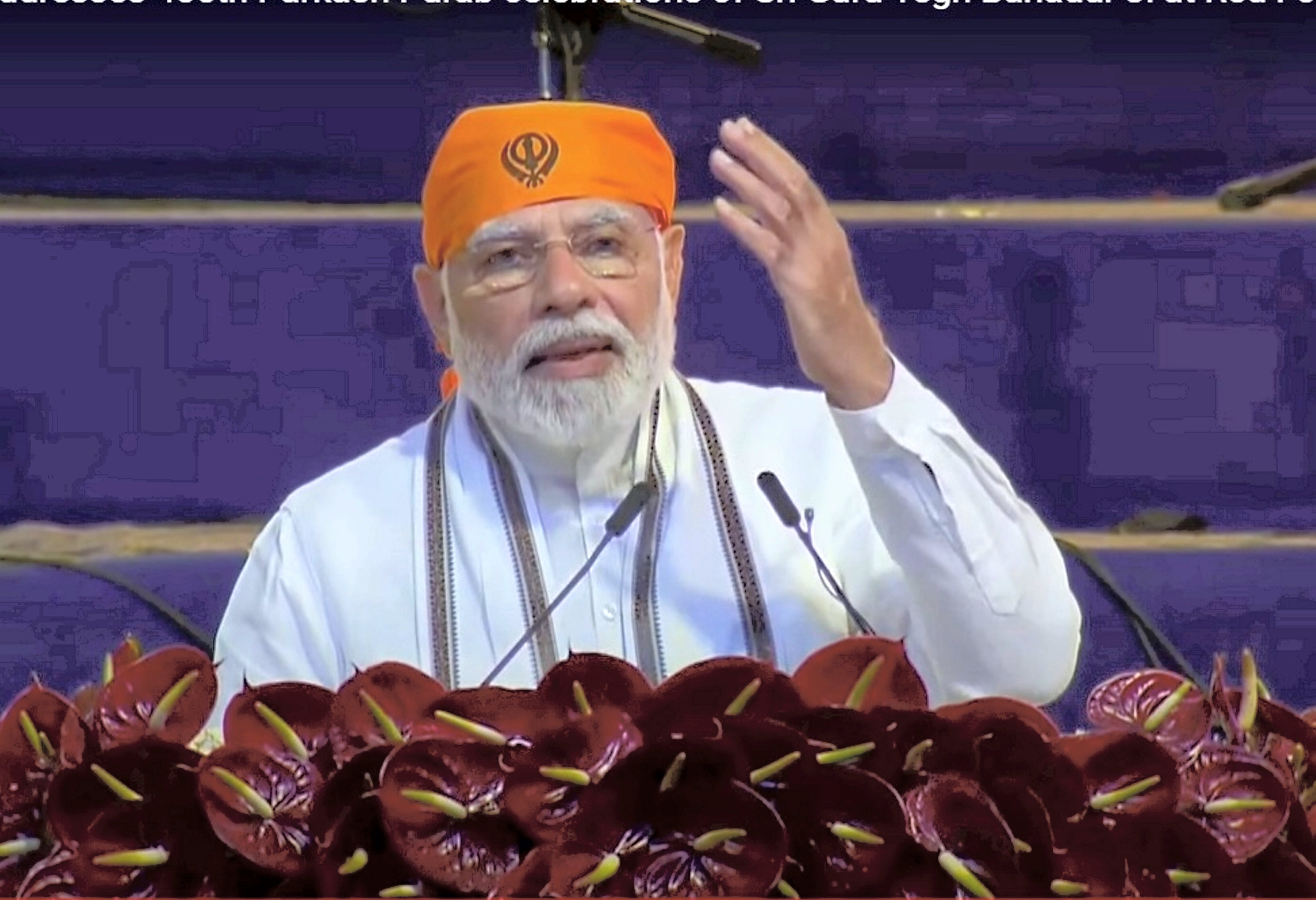 Prime Minister Narendra Modi on Thursday said India was moving ahead on the path shown by the Sikh Gurus and never posed danger to any country. Addressing a gathering at the Red Fort to mark the 400th Parkash Purb of Guru Teg Bahadur, the PM said India stood firm amid raging global rivalries and continued to strive for peace. He released a commemorative coin and stamp on the occasion.

“We think of the welfare of the whole world. When we talk of ‘atmanirbhar’ India, we have global progress in mind. When India propagates yoga, it has global well-being at heart,” the PM said, noting that India would touch heights of glory with the blessings of the Sikh Gurus when it marked 100 years of Independence.

Hinting at the Ukraine crisis, he observed: “Despite international rivalries, India stands firm and stable and strives for peace. It stands equally firm for its own security and sovereignty.”

The PM lauded the Citizenship Amendment Act, saying, “The CAA paved the way for Indian citizenship to the families of Sikh and other minorities who came from neighbouring countries (Afghanistan). This has been possible because the Sikh Gurus taught us to keep humanity on top.” On the Kartarpur Corridor, he said the government had exhibited its commitment to “Guru sewa”. He said the government had retrieved Guru Granth Sahib from Afghanistan. Saluting the sacrifice made by Guru Teg Bahadur, the PM said Gurdwara Sis Ganj Sahib (where the Ninth Guru was executed) was a reminder of his sacrifice to preserve the Indian civilisation.

“The country at the time was witnessing a storm of religious radicalisation. India saw a ray of hope in Guru Teg Bahadur to save its identity,” he said, adding, “History is testimony, Red Fort is testimony that Aurangzeb and his likes may have decapitated many, but could never dissociate us from our faith.”