On the night of May 5 and 6, Indian and Chinese troops clashed in Ladakh 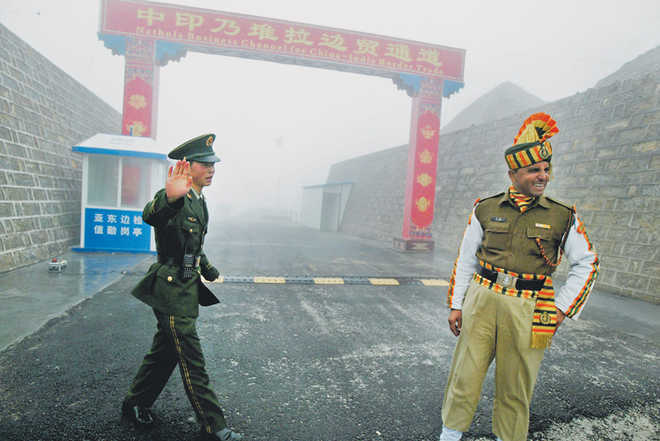 Each time troops of the Indian Army and Peoples Liberation Army (PLA) China clash along the Line of Actual Control (LAC) or are locked in a stand-off, questions are raised about ‘aggressive behaviour’ by either side in the past few years.

Often commentators dwell upon India following a ‘forward policy’ or is China expanding to capture Ladakh, which it counts as one of the ‘five fingers’ of Tibet.

These counter strategic moves are of the 1950s and 1960s. Things have changed since 1993 --- the timeline, incidentally, coincides with the economic rise of the India and China – a series of treaties, coupled with diplomacy and political directives maintain peace. The last such directive emerged from the Modi-Xi meeting at Wuhan which listed out a clear strategy to maintain peace.

On the night of May 5 and 6, Indian and Chinese troops clashed yet again in Ladakh, the second such clash in three years, besides at least six major stands-offs in the area since 2013, high-level meetings have been conducted to reduce tensions.

In the past decade or so, the Indian stance along the LAC, is not akin to Jawaharlal Nehru’s 1960-1961 “forward policy”. It only looks to hold claim lines along the LAC, a 3,488-km defacto boundary; 826 km of this is in Ladakh.

The “forward policy”, as explained by Neville Maxwell in his book “India’s China war”, entailed taking up permanent positions along the high ridgelines of eastern Ladakh as per India’s unilaterally decided boundary of 1954.

India, in the past 15 years or so, has ‘militarily tailored’ its responses along 3488-km LAC, or the defacto boundary, by building infrastructure and acquiring military equipment to respond, if needed.

Undemarcated LAC is outcome of the ‘great game’, live with it

That the boundary between India and China is vexed and is not expected to be solved soon, is a reality both countries have realised. The Special Representatives on the boundary question, India is represented by National security Adviser, have held more than 20 rounds of talks.

The two Asian giants, both nuclear armed, and now leading economies, need to break away from a boundary dispute, dictated by British polices of 150-200 years ago and was the outcome of fluctuations of the British ‘forward policy’.

Ladakh was captured in 1834 by Sikh-ruler Ranjit Singh’s Army and incorporated into Jammu and Kashmir in 1846 by the British. Between 1846 and 1947, fluctuations of the British foreign policy reacting to Russian pressure held back the demarcation. Even when China sided with the British during World War I (1914-1918) the boundary question was never sorted. For almost a hundred years commencing 1815, Britain—then ruling India—and Czarist Russia expanded their respective Empires. Historians describe this as the ‘Great Game’. Treaties were inked between the two to create buffer zones.

Undecided boundaries that have been shifted several times have led to confusion. Today India and China have claims and counter claims which result in varying perception of the LAC. It all boils down to the perception of either side. Troops of both sides patrol the areas that they perceive as their own.

These variations in LAC have led to the India and China war in 1962. The two have had an armed skirmish in 1967 at Nathu La, had an eight-month long stand-off at Sumdrong Chu in north-western Arunachal Pradesh in 1986 and the 73-day stand-off at Doklam in 2017.

The British boundaries — five separate ones proposed in 1846, 1865, 1873, 1899 and 1914, which China never accepted — have no bearing on the present day situation. LAC partially adheres to one of the British-era boundaries, no more. Post 1947, there has been a proposal each from China and India but nothing happened. China proposal of 1960 to demarcate a boundary on present ‘day actualities’ was turned down by India. “Accepting that would have compromised territorial integrity,” says a book ‘History of the Conflict with China. 1962’, produced by the History Division of Ministry of Defence, and released for restricted circulation in March 1993.

As result several core disputes remain along the LAC as perception of its exact location on ground varies.