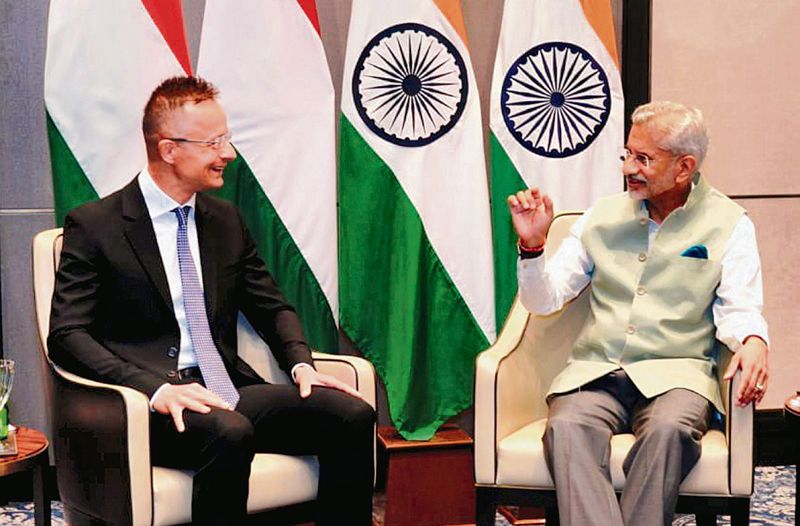 India and Hungary on Friday discussed the global economic situation, the Ukraine conflict, developments in the Indo-Pacific as well as in Afghanistan and Sri Lanka.

“Valued the assessment of the Ukraine conflict and its knock-on effects in different domains. Also acknowledged Hungary’s steadfast commitment to an expanded Indian engagement with the European Union. Agreed to strengthen our longstanding cooperation in multilateral forums,” Jaishankar tweeted.

He also appreciated Hungary’s support for Operation Ganga and said the admission of Indian medical students in Hungary was also discussed. The MEA said the two sides discussed the entire gamut of bilateral relations, including political, economic, cultural and people-to-people ties. It said Jaishankar thanked the Hungarian government for facilitating the evacuation of more than 6,000 Indian citizens through the Ukraine-Hungary border and for their offer to accommodate evacuated Indian medical students in Hungarian universities.