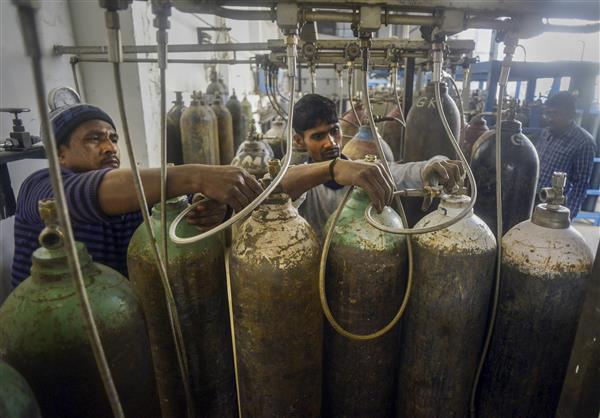 In a major breakthrough, Indian scientists have isolated BF.7, the subvariant of Omicron, and embarked on studies to generate evidence on the need for an additional booster.

Top sources said BF.7, currently driving the Covid-19 surge in China and some other nations, had been isolated. “Studies have started to determine how well Indian vaccines and drugs work on BF.7,” sources said, adding the government was expecting a surge and was ready for any eventuality. The government is taking January 2023 as a “very critical month” when cases could rise significantly. “BF.7 has a reproductive value of 16, making it extremely transmissible. Evidence from past waves tells us that it takes 30 days since detection of cases in China for us to encounter a major surge. We are prepared and our medical infrastructure would be adequate as long as the variant infecting people is less virulent than Delta,” official sources said today. The Tribune has, meanwhile, learnt that the National Institute of Virology, Pune, has isolated BF.7 and commenced studies to determine whether India would need additional vaccine doses or an additional booster (apart from the current two-dose primary schedule and a precaution dose).

WHO has concluded that taken together, these studies show some short-term benefit of an additional booster dose of mRNA vaccine in health workers, those over 60 years of age or with immunocompromising conditions.