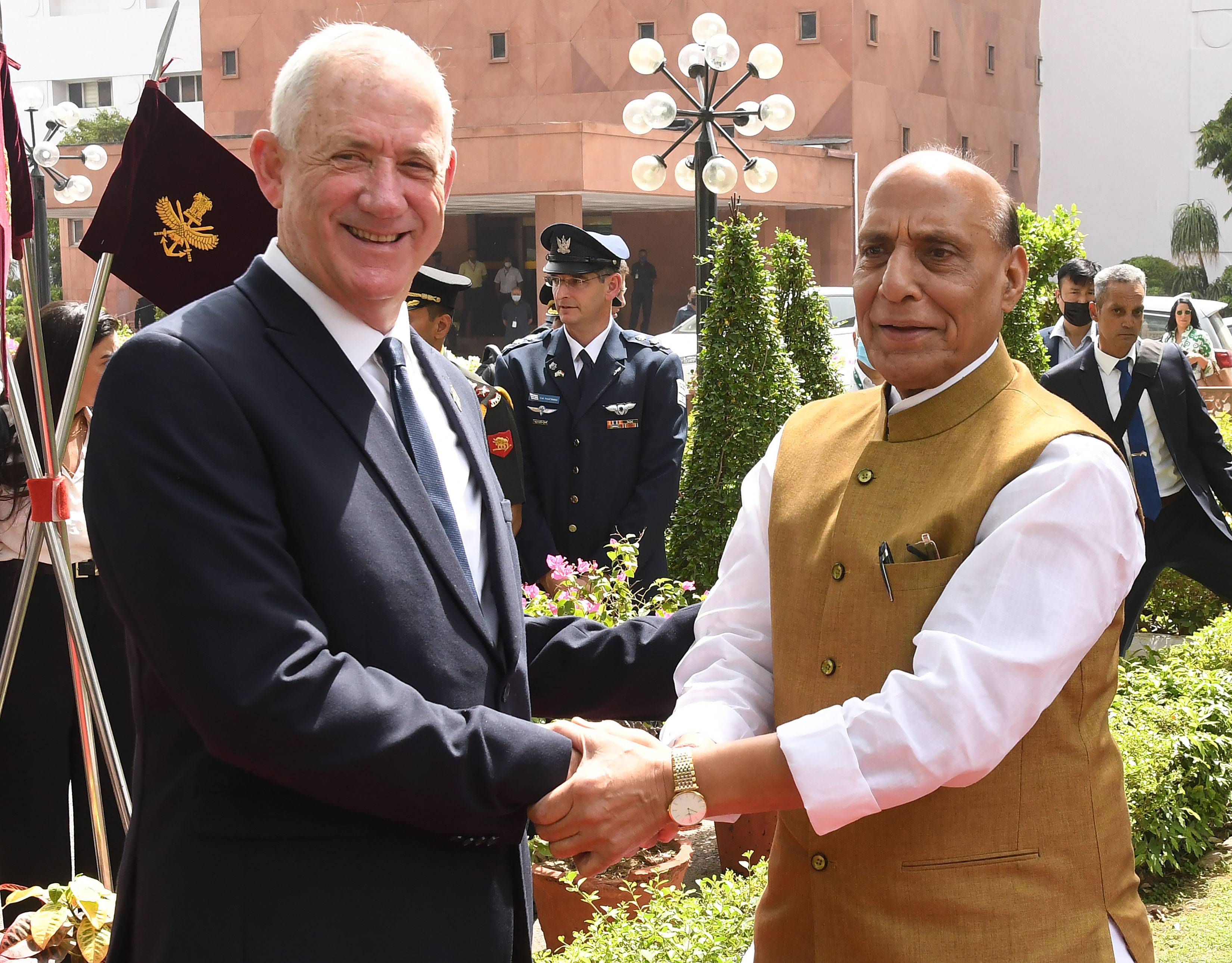 India and Israel today discussed ways to increase cooperation in all domains with a focus on research and development in future technologies and defence co-production.

Issues concerning bilateral, regional, defence and industrial cooperation were discussed. A cooperation agreement signed between the Defence Research and Development Organisation (DRDO) and Israel’s Directorate for Defense R&D also came up for discussion. It will enable expansion of technological collaboration between the two countries.

The ministers declared their intention to further develop defence cooperation between the two countries in a manner that harnesses Israel’s technological advances and operational experience, together with India’s extraordinary development and production capabilities.

Partnerships within the government-to-government framework, military training and technological cooperation with a focus on UAVs and defensive capabilities were also discussed.

Both sides adopted the India-Israel vision on defence cooperation. A letter of intent on enhancing cooperation in the field of futuristic defence technologies was also exchanged. The ministers reviewed the existing military-to-military activities.