2+2 For the first time, Tokyo to be part of naval exercise MILAN | Allies to work together in critical tech 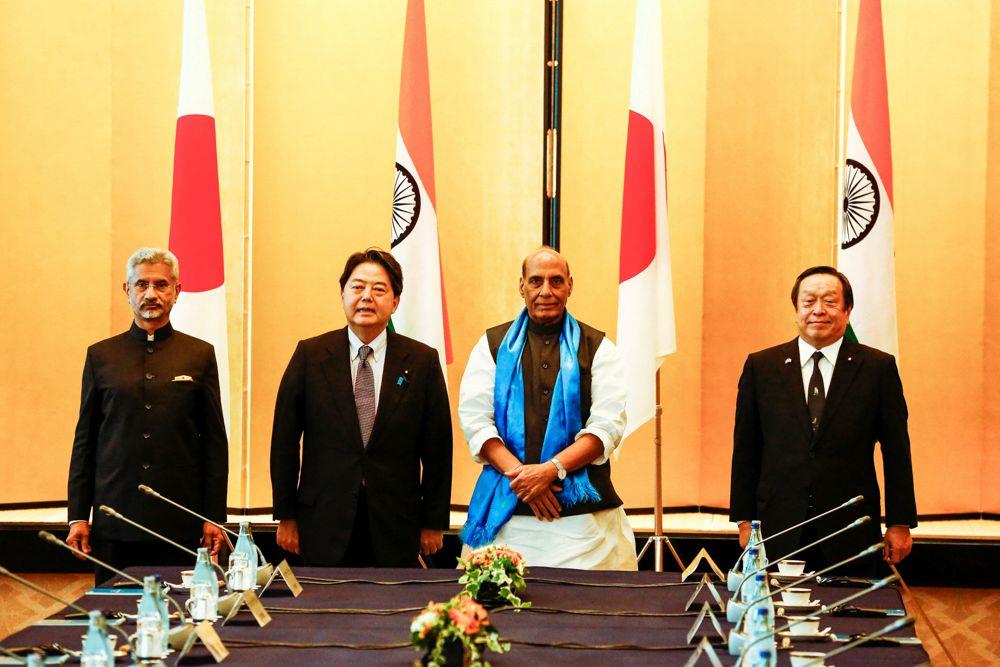 India and Japan at the second 2+2 meet held in Tokyo on Thursday decided to work towards more complex and sophisticated joint military exercises even as they welcomed the move to add fighter exercises to their move to improve interoperability between all three services of the armed forces.

India and Japan regularly participate in three joint exercises — two in the maritime domain and one on the land. Besides opening a new area of joint fighter exercises, Japan will participate, for the first time, in the Indian Navy’s largest exercise MILAN.

Japan holds cutting-edge technology in metallurgy, aero-engines, semi-conductors, artificial intelligence and robotics. India seeks to work with the country in all of these domains. Also, Japanese defence companies have been invited to look at opportunities in investing in the defence corridors in Tamil Nadu and Uttar Pradesh.

With Japan planning to reinforce its defence capabilities within the next five years with the help of a substantial increase in the budget, India expressed its support at the 2+2 meet to work towards enhanced security and defence cooperation. The ministers also agreed to launch the ‘Joint Service Staff Talks’ between the Japan Joint Staff and the Indian Integrated Defence Staff.

The armed forces of the two countries already participate in bilateral and multilateral exercises, including “Dharma Guardian” (army to army), JIMEX (maritime exercise) and “Malabar” (jointly with the US and Australia).

Both sides have already operationalised a logistics-sharing agreement (LSA), which in the India-Japan case is called “Agreement on Reciprocal Provision of Supplies and Services between the Self-Defense Forces of Japan and the Indian Armed Forces”. It allows the two navy’s easier access to the other side’s military facilities for fuel and logistics.

External Affairs Minister S Jaishankar said after the meeting, the case for India and Japan to collaborate more closely on foreign policy and security questions had become even stronger. Consultations dwelt on economic and cyber security, 5G and critical and strategic minerals.

Jaishankar also wanted foreign policy coordination to be further strengthened by enlarging the focus from the Indo-Pacific to other regional, global and multilateral platforms as well. In this regard, joint consultations will be held along with Germany and Brazil (called the G4) to make a renewed push for their permanent memberships at the UN Security Council. With India chairing the G20 by year-end and Japan chairing the G7, this endeavour will be pushed at both organisations.