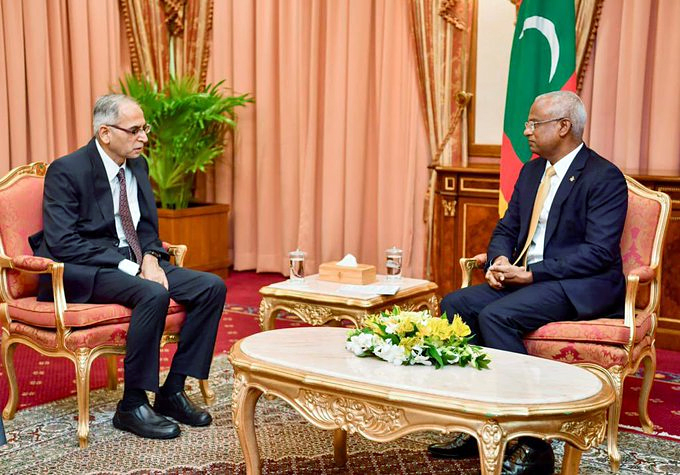 Foreign Secretary Vinay Mohan Kwatra, who is on an official visit to the Maldives, on Sunday witnessed the exchange of a $100 million Line of Credit agreement and handing over of a speed launch to the Maldives Correctional Services, under Indian grant assistance.

Kawtra called on President Ibrahim Mohamed Solih and assured him of the firm commitment to the growth of India-Maldives ties.

The Maldives President welcomed the Foreign Secretary and noted that this was his first visit to the Maldives. At the meeting, Kwatra stated that the Maldives is one of the most important regional partners, and that India would continue to support numerous development projects in the Maldives, stated a Maldives government release.

Recently, Maldives had signed an agreement with an Indian company to develop Hanimaadhoo International Airport. The project worth $136.6 million was contracted to JMC Projects Limited and will be financed by India’s Exim Bank.