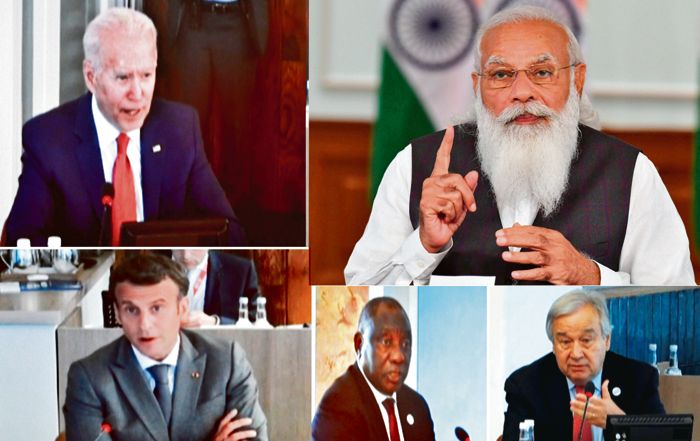 Prime Minister Narendra Modi said as the world’s largest democracy, India was a natural ally of G7 as it sought to build quality and sustainable infrastructure to rival China’s “one belt one road” initiative and maintain a free and rule-based Indo-Pacific.

Speaking as a guest speaker at the two-day G7 summit in Cornwall, UK, which concluded on Sunday, the PM underlined India’s divergence with the world’s most powerful economic bloc on climate change and vaccines-for-all.

He pointed out that India was the only G20 country on track to meet its Paris commitments. He called on G7 to fulfil its promise of setting aside $100 billion annually to fund fight against climate change.

PM Modi signalled India’s interest in the theme selected for this year’s summit -- Build Back Better -- a reference to the devastating impact of the pandemic over the past 18 months and the need for policy-driven, ambitious and targeted recovery measures. In all, the PM spoke in three sessions. Emphasising the alignment of values with G7, Modi called upon the bloc to show leadership by backing the India-South Africa proposal at WTO for intellectual property rights (IPR) waiver on Covid equipment and vaccines to enable cheaper manufacturing and availability in developing countries.

Pitches for IPR waiver on vaccines