India needs to deal with China decisively, not with symbolic gestures like banning apps: Congress 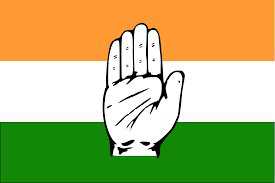 The Congress on Tuesday said India needed to deal with China decisively and not with symbolic gestures like banning apps with Chinese links.

India on Monday banned 59 apps with Chinese links, including hugely popular TikTok and UC Browser, saying they were prejudicial to sovereignty, integrity and security of the country.

The ban, which comes in the backdrop of the ongoing stand-off with China along the Line of Actual Control in Ladakh, is also applicable for WeChat and Bigo Live.

Congress spokesperson Supriya Shrinate alleged that China had not only intruded into India’s territory but also the economy as under Prime Minister Narendra Modi’s watch the trade deficit with China had gone up to 53 billion dollars.

“I think we need to deal with China far more decisively than symbolic gestures of banning Apps. One has to move away from these symbolic gestures. The tension with China is nothing like it has been in the past and it is of grave concern,” she said at a virtual press conference.

Asked about the party’s reaction to the banning of Apps with Chinese links, she said while China was in occupation of our territory and there was a serious intrusion, India’s retaliation after 20 brave hearts were martyred was by banning 59 apps.

“What about the massive amount of investment that China has done under the Modi regime,” she asked.

“There is massive Chinese intrusion even in our economy. Under Mr Modi’s watch, the trade deficit with China has gone up to 53 billion dollars which were just 36 billion dollars during our government. So, our reliance on Chinese imports had doubled. From importing Rs 3,000 per person from China, we are now importing Rs 6,000 per person from China,” the Congress spokesperson said.

“I think these are symbolic gestures, they are not going to cut ice with a country like China. We need to take more decisive steps, whatever those steps may be, we stand with the government of the day. But I don’t think, the government can do away with banning 59 apps,” she added.