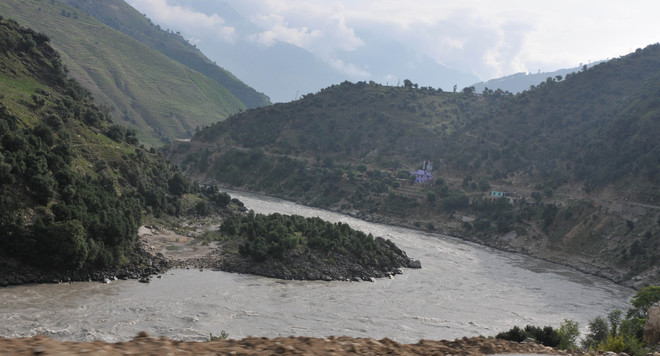 Talks are on between India and Nepal to remove debris from the banks of the Kali river on the Himalayan nation's side to facilitate the construction of a protection wall in Uttarakhand's border town of Dharchula, officials here said.

Debris accumulated on either side of the Kali, which flows between India and Nepal, following heavy rain in the neighbouring country on September 9. The rain flooded the Lasku river in Nepal, they said.

According to the officials, the Indian authorities cleared the debris on the Dharchula side but Nepal was yet to remove the rubble, thus hampering construction.

The Nepalese authorities fear that removing the debris might incline the river's flow towards Nepal, they said.

"Heavy deposit of debris on the Nepalese side is affecting construction of the protection wall as the river is overflowing inside the Indian territory, resulting in a lack of space for construction," Dharchula sub-divisional Magistrate Divesh Shasni said.

When approached, Nepalese officials feared that if they removed the debris, the Kali's flow would be towards that country and destroy its riverbank infrastructure, Pithoragarh District Magistrate Reena Joshi said.

"We have held first-level talks with the Nepalese authorities and tried to assure them that the flow would be kept under control by Indian engineers. Soon, we will have a second level of talks and we hope to find a solution at the earliest," Joshi said.

Nepal has already constructed a protection wall along the river to guard against monsoon floods. India needs a similar protection wall to secure Dharchula from the threat of floods, she said.

"It is essential. If a protection wall is not constructed, the river flow could damage the lower part of Dharchula," Joshi said.

According to local residents, if a protection wall was not completed before June, the town could witness havoc during monsoon due to the increased flow of the river.

"The administration must negotiate with the Nepalese authorities to normalise the river's flow before monsoon," said a Dharchula resident.