India not signed up to COP26 action agenda on sustainable agriculture 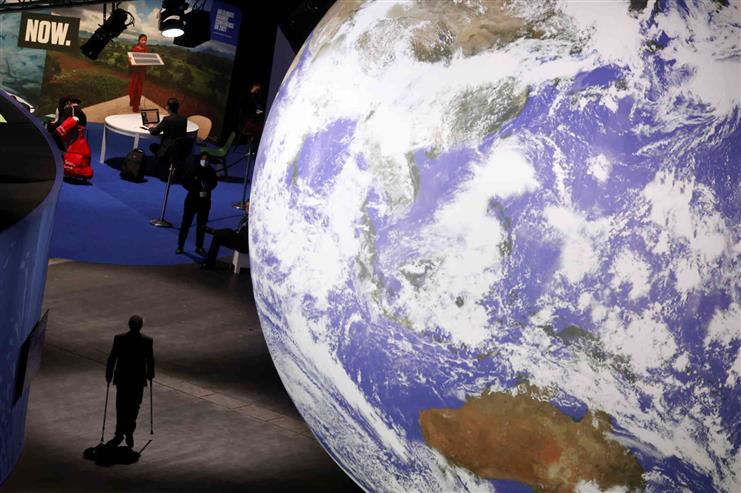 A person walks at the venue of the UN Climate Change Conference in Glasgow, on November 9, 2021. Reuters

The Centre on Tuesday clarified that India has not signed up to a sustainable agriculture policy action agenda during the COP-26 Climate Summit in Glasgow.

The clarification was issued by the Union Agriculture Ministry following media reports that India had signed up for the agenda.

“It is clarified that such statements are baseless and factually incorrect. India has not signed up for the Sustainable Agriculture Policy Action Agenda during the COP-26 Climate Summit,” the ministry said in a statement.

A National Mission for Sustainable Agriculture (NMSA) is one of the Missions within the National Action Plan on Climate Change (NAPCC) that is operational in the country to deal with the issue of climate change, it said.

The mission aims to evolve and implement strategies to make Indian agriculture more resilient to the changing climate, it added.

According to the ministry, NMSA was approved for three major components: rainfed area development, on-farm water management as well as soil health management.

During 2015-16, Pradhan Mantri Krishi Sinchayee Yojana (PMKSY) was operationalised and subsumed under Per Drop More Crop (PDMC) component of PMKSY.

In addition to aforementioned programmes under NMSA, the Restructured National Bamboo Mission (NBM) was launched in April 2018.

“Several steps are being taken to ensure that Indian agriculture remains on the path of sustainability,” the ministry added. PTI