India not to attend war games in Russia

Tension up, didn’t want troops seen alongside those of China, Pak 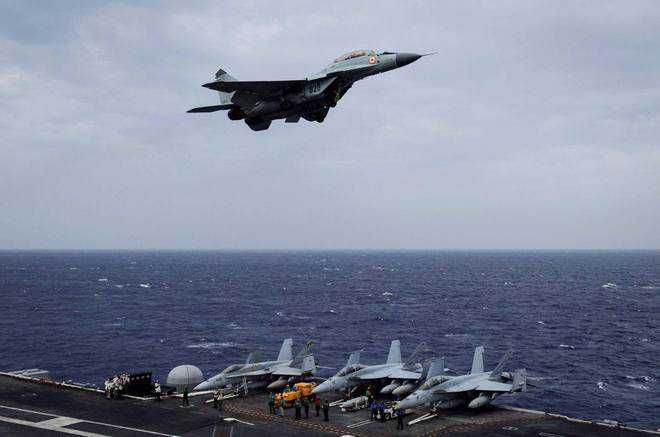 India today pulled out of a multi-nation military exercise hosted by Russia in which Chinese and Pakistani troops too were expected to participate. With tensions brewing, India did not want its military seen alongside that of China and Pakistan.

This decision was taken at a high-level meeting where External Affairs Minister S Jaishankar and Chief of Defence Staff General Bipin Rawat were present. It was decided that with India locked in a military conflict with China in eastern Ladakh, it could not be business as usual. China has stalled all efforts to disengage along the Line of Actual Control.

Jaishankar and General Rawat also took into account the worsening global Covid-19 situation. India and China clashed in the Galwan valley on June 15 in which 20 Indian troops lost their lives while the Chinese suffered an undeclared number of casualties.

Defence Minister Rajnath Singh will visit Russia on September 4-6 for the Shanghai Cooperation Organisation Defence Ministers’ meeting, where India may raise the issue of China amassing troops along the Indian border. — TNS

14 hours ago
8
Chandigarh In Brief

Tauktae landfall in Gujarat begins, to continue for next 2 hours: IMD

The new political outfit was formed after the dissolution of...