India on side of peace: Jaishankar at UNGA : The Tribune India 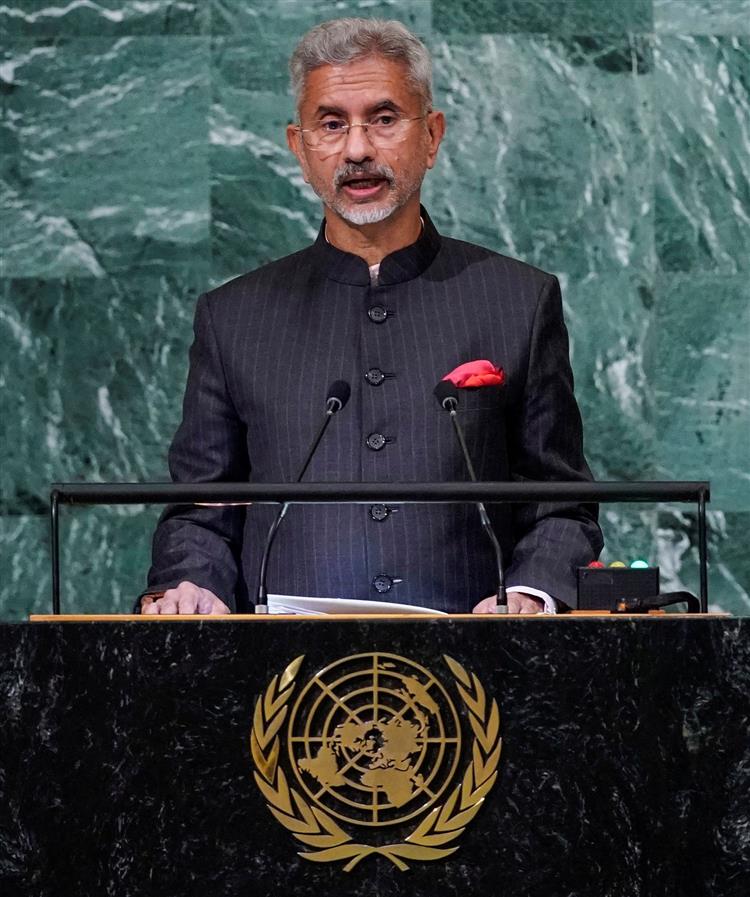 In the Russia-Ukraine conflict, India is on the side that respects the UN Charter and its founding principles, External Affairs Minister (EAM) S Jaishankar told the UN General Assembly (UNGA) on Saturday, stressing that India saw diplomacy and dialogue as the only way out.

“As the Ukraine conflict continues to rage, we are often asked whose side we are on. And our answer each time is straight and honest. India is on the side of peace and will remain firmly there. We are on the side that respects the UN Charter and its founding principles,’’ the EAM said.

Developing countries were struggling to make ends meet due to the escalating cost of food, fuel and fertilisers. “Therefore, it is in the collective interest of the world community to work constructively in finding an early resolution to this conflict. This is not an era of war. This is the time for development and cooperation,” he observed.

On China blocking the listing of dreaded Pak-based terrorists, Jaishankar warned: “Those who politicise the United Nations Security Council 1267 Sanctions regime, sometimes to the extent of defending proclaimed terrorists, do so at their own peril. Believe me, they advance neither their own interests nor indeed their reputation.”

On the expansion of the Security Council, the EAM said India wanted serious negotiations on the critical matter to proceed sincerely. “They must not be blocked by procedural tactics. Naysayers cannot hold the inter-governmental process hostage in perpetuity. The call for reformed multilateralism – with reforms of the Security Council at its core – enjoys considerable support among United Nations’ members,” he said.

India would be completing its tenure as a member of the Security Council this year. “During our term, we have acted as a bridge on some serious but divisive issues confronting the Council,” he said.

At G-20, India will work with other members to address serious issues of debt, economic growth, food and energy security, and particularly environment. — TNS

Having borne the brunt of cross-border terrorism for decades, India firmly advocates a ‘zero-tolerance’ approach. In our view, there is no justification for any act of terrorism, regardless of motivation. S Jaishankar, EAM