India organises over 300 webinars to attract tourists in ASEAN countries : The Tribune India

India organises over 300 webinars to attract tourists in ASEAN countries

Pre-pandemic, more than 13 airlines connected India with the ASEAN countries 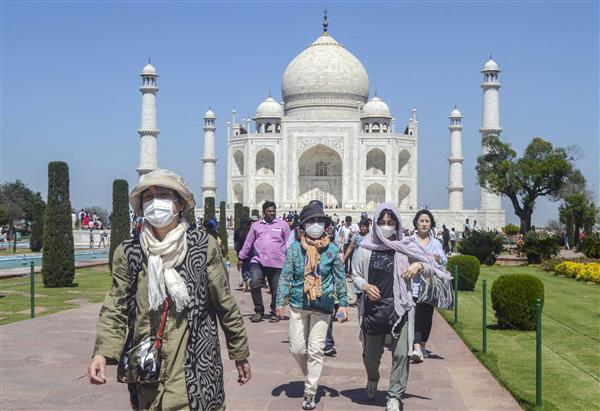 File photo of the Taj Mahal in Agra.

Over 300 virtual meetings, organised by the India Tourism Office in Singapore, were held between the Indian and foreign tour operators in recently held webinars and B2B sessions led by Indian envoys in the three countries.

The “India Tourism Reconnect” webinars were organised to reach out to travel industries in three key markets, the Philippines, Malaysia and Singapore, with Indian envoys leading the virtual events, Sudeshna Ramkumar, Assistant Director at the India Tourism Office in Singapore, said on Monday.

The Philippines, Malaysia and Singapore account for over 50 per cent of the tourists out of the ASEAN markets, particularly Singapore and Malaysia, she said.

About 9.28 lakh tourists from ASEAN countries visited India in 2019, an increase of 4.66 per cent over the year.

Pre-pandemic, more than 13 airlines connected India with the ASEAN countries.

The Indian Ambassador to the Philippines, Shambhu S Kumaran, led the first of the sessions on March 11, highlighting the huge fascination and admiration for Indian culture, food as well as the holistic Indian way of healthcare, including Ayurveda and Yoga in the Philippines.

More than 60 members of the Malaysian travel trade interacted with around 17 sellers from India during the second virtual B2B and webinar session on March 16.

Deputy High Commissioner of India to Malaysia Archana Nair said, “As the world emerges from the pandemic, there is a definite optimism that the travel industry will bounce back.”

Nair said the webinars were well poised to attract Malaysian visitors to India as and when travel resumes.

P Kumaran, the Indian High Commissioner to Singapore, addressed the final webinar on March 18. He elaborated on the potential and number of opportunities that can be tapped into for attracting the discerning Singaporean traveller once the tourism traffic resumes.

During each of the webinars, the India Tourism Office in Singapore highlighted that there has been an upswing in the confidence of the domestic travellers in the last few months and several destinations have been receiving domestic tourists in good numbers.

Presentations were also given by representatives of Indian luxury hotel groups like The Taj and the Oberoi as well as the Indian Association of Tour Operators who elaborated on the various steps taken by the tourism industry in India during the pandemic and their preparations for receiving foreign tourists when the borders reopen.

Representatives from the local trade bodies and organisations of the respective countries also gave their views. PTI