India, others resolve to push for UNSC expansion despite adverse headwinds : The Tribune India

India, others resolve to push for UNSC expansion despite adverse headwinds 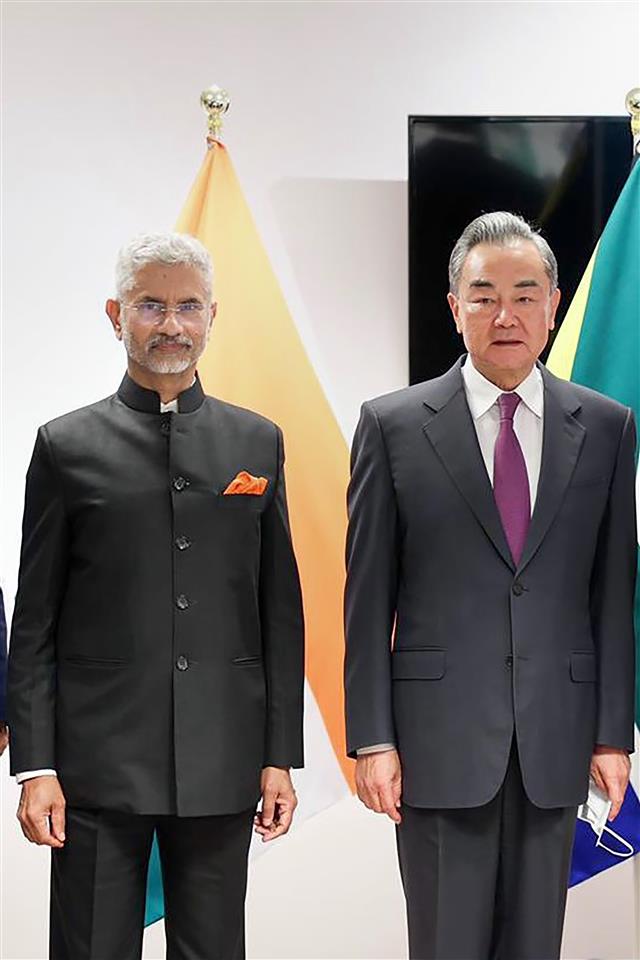 External Affairs Minister S Jaishankar with his Chinese counterpart Wang Yi during a BRICS meeting on the sidelines of UNGA summit, in New York on September 23, 2022. @DrSJaishankar/Twitter via PTI

In an attack on the stalled process to expand the UN Security Council (UNSC), four aspirants for its permanent membership, including India, issued a joint statement assailing its inability to effectively address contemporary challenges due to lack of reforms.

In the joint statement issued in New York, the Foreign Ministers of India, Japan, Germany and Brazil also expressed disappointment at “concerted attempts to stall’’ the expansion of the UNSC and were pessimistic.

They were pessimistic about the process moving forward during the ongoing session of the UN General Assembly and said the inter-governmental negotiations (IGN) in this respect were marred by a “lack of openness and transparency’’.

In a separate plurilateral meeting, China and Russia supported the aspiration of Brazil and India, besides South Africa, to play a greater role in the UN.

A meeting of five BRICS countries saw External Affairs Minister S Jaishankar in the same room as Chinese Foreign Minister Wang Yi. The chill, however, continued and they are not reported to have held a bilateral so far. Other Foreign Ministers present at the meeting were Franca (Brazil), Sergey Lavrov (Russia) and Naledi Pandor (South Africa).