India, Pakistan clash over Kashmir in US, Rwanda and Kazakhstan : The Tribune India

India, Pakistan clash over Kashmir in US, Rwanda and Kazakhstan

At the UN, India dismisses as ‘frivolous and pointless’ an attempt by Pakistan to raise Kashmir issue during the emergency debate on Ukraine issue 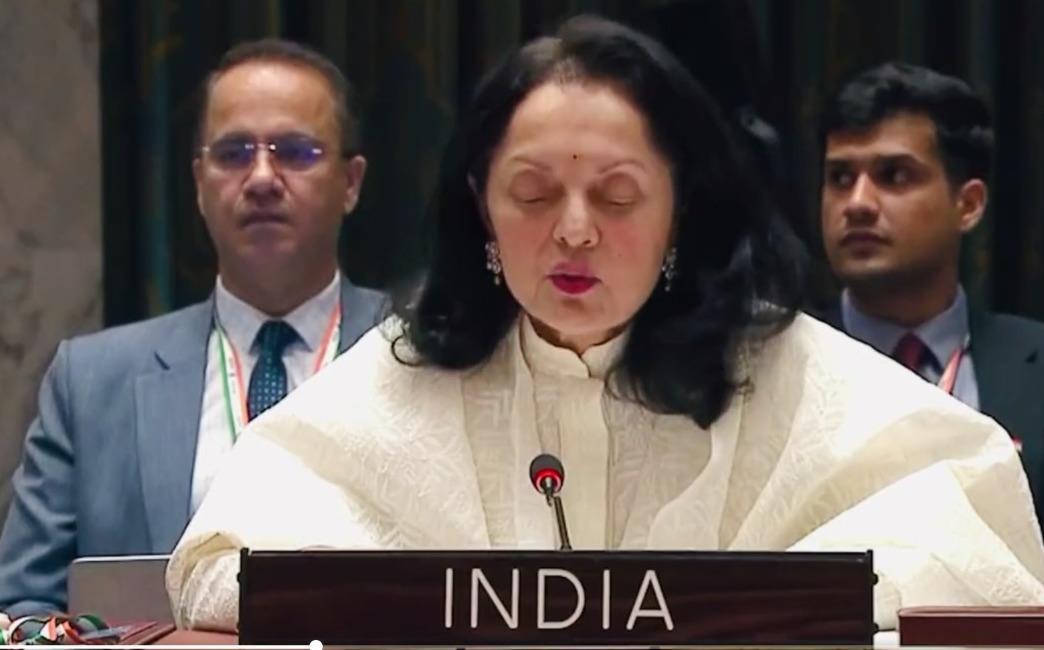 India and Pakistan have clashed over the issue of Kashmir at three international forums spread as far apart as New York, Kigali (Rwanda) and Astana (Kazakhstan).

In Astana, Minister of State for External Affairs Meenakshi Lekhi said it was unfortunate that Pakistan misused the ongoing CICA conference to “propagate false and malicious propaganda against my country and distract from the theme and focus of today’s discussions and cooperation among the member states’’.

“The UTs of J&K have been and will remain an integral part of India. Pakistan has no locus standing to comment on India’s internal affairs,’’ she added at the CICA Summit in Astana.

In Rwanda, Deputy Chairman of Rajya Sabha Harivansh exercised his right of reply against remarks made by a Pakistani delegate on the issue of Kashmir at an Assembly of the Inter-Parliamentary Union (IPU). Both he and Lekhi said it was unfortunate that Pakistan has once again chosen to misuse the platform to “propagate false and malicious propaganda against India and distract from today’s discussion’’.

The Rajya Sabha Deputy Chairman called on Pakistan to immediately cease anti-India cross-border terrorism and shut down its infrastructure of terrorism.

At the United Nations, India dismissed as “frivolous and pointless’’ an attempt by Pakistan to raise the Kashmir issue during the emergency debate on the Ukraine issue. Speaking after the UNGA had voted on the issue, Pakistan’s Permanent Representative Munir Akram said he looked forward to “similar concern and condemnation about the attempts by India to formalise’’ annexation of Kashmir.

India’s Permanent Representative Ruchira Kamboj replied by stating that statements “by one delegation to misuse this forum and make frivolous and pointless remarks against my country deserve our collective contempt and sympathy for a mindset which repeatedly utters falsehoods.’’

“We call on Pakistan to stop cross-border terrorism so that our citizens can enjoy the right to life and liberty,’’ she also said.

Pakistan replied with diplomat Gul Kaiser Sarwani commenting on Hindutva, the RSS, cow vigilantism and the state of minorities in India. India preferred not to exercise its right to reply.