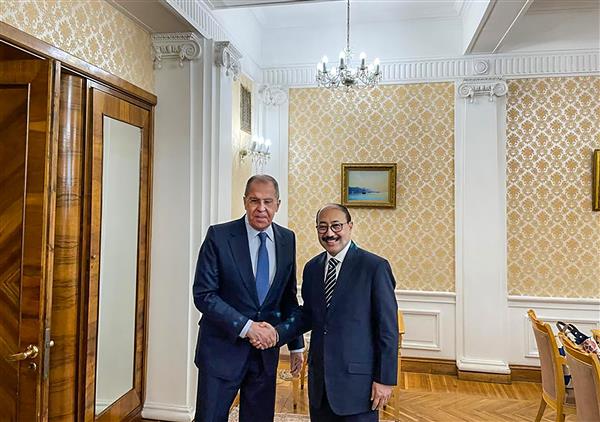 India has offered Russia cooperation partnership across several geographical regions, including Eurasia, the Indo-Pacific, the Russian Far East and the Arctic.

The pitch was made by Foreign Secretary Harsh Vardhan Shringla in Moscow during meetings with the Russia Foreign Minister Sergei Lavrov, Deputy Foreign Ministers Sergey Ryabkov and Igor Morgulov, and while addressing the 90-year-old Diplomatic Academy of the Russian Foreign Office on Thursday.

Terming the regions listed by him as key emerging theaters of geopolitics, Shringla said Russia is crucial to all the three regions. “India and Russia will agree much more than they will disagree on the strategic direction, the inherent and necessary multi-polarity, and the security and prosperity of these regions. In fact, a multipolar world and multipolar Asia are not possible without India and Russia,” he said during his address at the Diplomatic Academy.

The two countries will add another pillar to their bilateral ties with Sputnik V vaccine undergoing tests in India. “The authorisation is at the earliest possible stage after which we will jointly manufacture this vaccine and distribute it in different parts of the world,” he said.

Shringla is in Moscow to chart a busy calendar of interactions with Russia during this year what will culminate in a summit meeting between PM Narendra Modi and Russian President Vladimir Putin.

Speaking against the backdrop of Lavrov last year expressing doubts about the US-led concept of Indo-Pacific, Shringla made it clear that it is an “article of faith” for India to press for the maritime space to be guided by norms and governed by rules, with freedom of navigation and respect for the territorial integrity.

The Foreign Secretary also referred to growing cooperation in traditional areas of defence, fossil fuel, nuclear energy and space sectors besides calling for stepping up a partnership in infrastructure and connectivity initiatives.