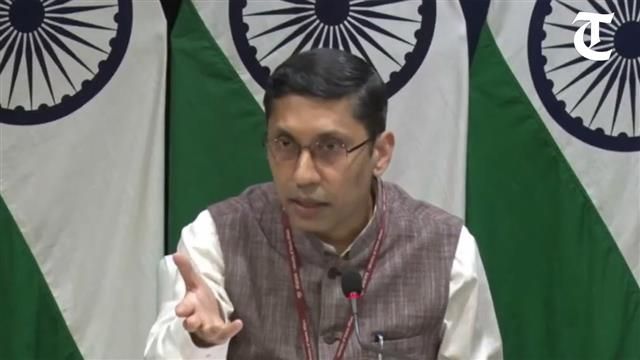 In one of its sharpest comments on separatist activity in Canada directed against India, the foreign office said it found it “deeply objectionable” that a politically motivated exercise by extremist elements was allowed to take place in a friendly country.

“You are all aware of the history of violence in this regard,” said MEA spokesperson Arindam Bagchi here on Thursday while describing the so-called Khalistan referendum as a “farcical exercise held by extremists and radical elements”. The MEA’s response came after three diplomatic messages from the South Block saw little action by Ontario to stop the so-called “referendum” in Canada’s Brampton on September 19. Canada had reportedly said that its citizens had the right to assemble and to express their views peacefully and lawfully.

The Canada government has also said it respected the sovereignty and territorial integrity of India, and that they would not recognise the so-called referendum. But the MEA remained unsatisfied with the response.