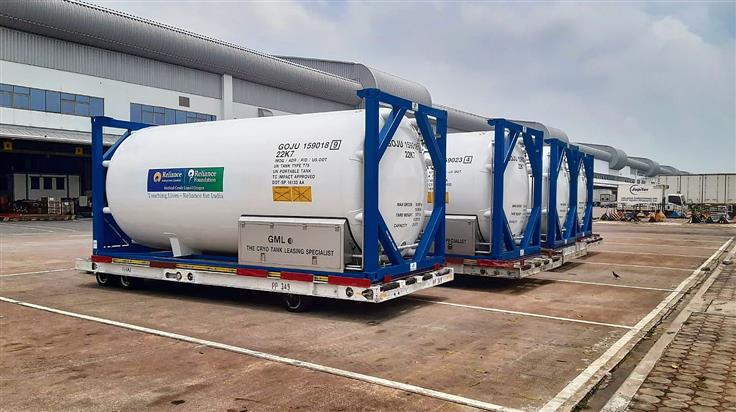 Russia has joined the US in sending massive amount of aid and fast-forwarding the dispatch of Sputnik vaccines even as a telephonic conversation between Prime Minister Narendra Modi and Russian President Vladimir Putin on Wednesday resolved to add more ballast to bilateral ties by agreeing to establish a two plus two dialogue between their foreign and defence ministers.

In fact, vaccines and other medical assistance from Moscow could start arriving from tonight, said sources. “Our cooperation on Sputnik-V vaccine will assist humanity in battling the pandemic,” noted PM Modi after the telephonic conversation.

New Delhi is still mulling its response to two proposals from Pakistan — for opening an oxygen corridor from Lahore to Punjab and ambulance from the Eidhi Foundation, said sources here.

US President Joe Biden has already spoken at length with PM Modi and promised immediate dispatch of a whole series of help, including Remdesivir and other drugs.

The Chinese government, however, is taking time to consider the list submitted by the Indian government. But Chinese medical suppliers are working overtime with at least 25,000 orders for oxygen concentrators placed in recent days. Cargo planes are under plan for medical supplies and the Chinese customs will facilitate relevant process, said Chinese ambassador to India Sun Weidong.

Aid being received by the Centre is being routed through the Indian Red Cross Association for distribution to states while some NGOs are receiving help directly, said the sources. Meanwhile, External Affairs Minister S Jaishankar spoke to his Canadian counterpart Karina Gould after Ottawa offered $10 million to Indian Red Cross Society for buying oxygen cylinders and ambulances.

Oxygen concentrators from UK on way

London: Britain has confirmed that following the first tranche of vital medical equipment a further 400 oxygen concentrators will be sent to India over the course of Wednesday and Thursday to help the country meet an overwhelming demand amid a ‘horrific’ second wave of the pandemic. PTI

India helped, so must we: Charles

London: Britain has confirmed that following the first tranche of vital medical equipment a further 400 oxygen concentrators will be sent to India over the course of Wednesday and Thursday to help the country meet an overwhelming demand amid a ‘horrific’ second wave of the pandemic. PTI