India to be 2nd largest economy by '50: Adani : The Tribune India

India to be 2nd largest economy by '50: Adani 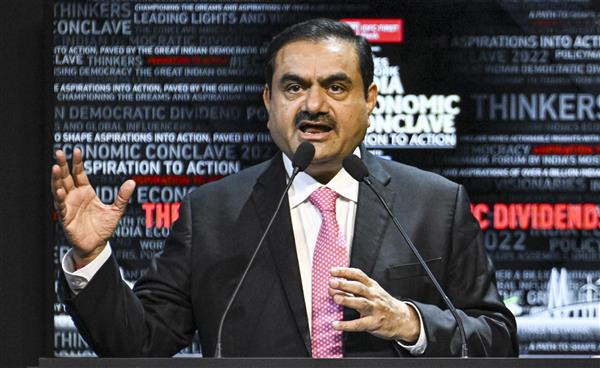 Industrialist Gautam Adani has reiterated his confidence in India’s growth story, saying it will become the world’s second largest economy by 2050.

India’s success story of combining economic growth and democracy has no parallel. The foundation to build a new resilient India has already been laid. Gautam Adani, Industrialist

Adani has stakes in the country’s economic growth as he has lined up $70 billion over the next 10 years in a new energy value chain alone. “It took us 58 years to get to our first trillion dollars of GDP, 12 years to get to the next trillion and just five years for the third trillion. Given the pace at which the government has been executing a vast multitude of simultaneous social and economic reforms, I anticipate within the next decade, India will start adding a trillion dollar to its GDP every 12 to 18 months, putting it on track to be a $30 trillion economy by 2050,” he said.