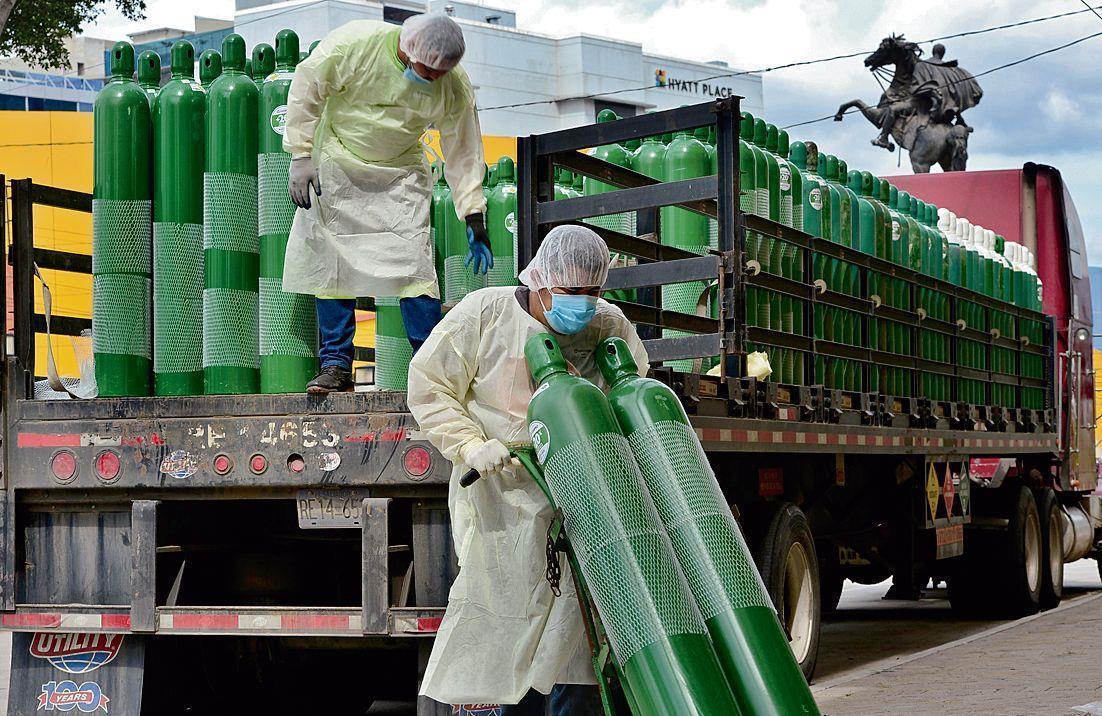 The government on Thursday said it would import 50,000 metric tonnes of medical oxygen to assure supplies to states even as it added that oxygen availability in the country was adequate.

Medical oxygen is a critical component in the treatment of COVID affected patients and demands have been rising unusually in the high burden states.

“There has been increasing demand for medical oxygen, especially from the 12 states with high burden of active COVID cases. While the demand in Maharashtra is expected to be beyond available production capacity of the state, Madhya Pradesh does not have any production capacity to meet their demand for medical oxygen. There is also a trend of increasing demand in other oxygen producing states such as Gujarat, Karnataka and Rajasthan,” the government said.

After the meeting with manufacturers today, the government said 4880 MT, 5619 MT and 6593 MT have been assured and factored for 12 high burden states to meet their projected demand as on April 20, 25 and 30.

The assured supply will be notified through a government order, sources said.

The meeting also decided to import 50,000 MT of medical oxygen to be ready for the increasing demand.

Health Ministry has been asked to finalise the tender and explore possible sources for import identified by the missions of MEA.

Meanwhile 162 Pressure Swing Adsorption plants (plants manufacture oxygen and help hospitals become self-sufficient in their requirement for medical oxygen while also reducing the burden on the national grid for supply of medical oxygen) sanctioned under PM-Cares are being closely reviewed for early completion of 100 percent of the plants to enhance self-generation of oxygen in hospitals especially in remote areas.

The empowered group asked the Health Ministry to identify another 100 hospitals in far flung locations for consideration of sanction for installation of PSA plants.

The government said it was monitoring the situation to ensure uninterrupted supply of medical oxygen.

OXYGEN PRODUCTION BEING RAMPED UP

India’s daily medical oxygen production capacity is 7127 MT. Current national oxygen stocks are 50,000 MT – more than daily consumption of 3842 MT but the government is readying for what it calls unusual surge in demand.

UP elections: Adityanath's cabinet to be expanded