India, US look to enhance cooperation in Indian Ocean : The Tribune India

India, US look to enhance cooperation in Indian Ocean 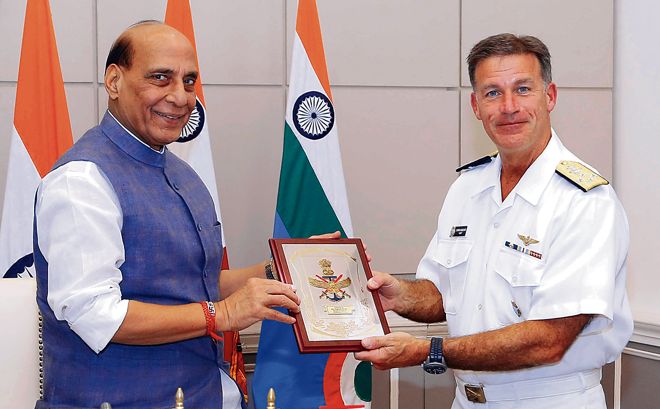 Despite differences over the ongoing Russia-Ukraine clash, India and the US are looking to enhance cooperation in the Indian Ocean. The two sides have an existing information and logistics agreement on real-time information sharing and fuel, water and ration.

A series of meetings between officials of the Ministry of Defence and visiting US officials were conducted in New Delhi. Commander of the United States Indo-Pacific Command (USINDOPACOM) Admiral John Aquilino called on Defence Minister Rajnath Singh and also held talks with Navy Chief Admiral R Hari Kumar.

“Defence cooperation has been a critical element of the Indo-US relations,” the Indian Navy said, adding both the Admirals discussed avenues to further enhance the existing cooperation between two navies through capability-enhancement and cooperative engagements.

The two spoke about a “free, open and inclusive Indo-Pacific”, which is an obvious reference to China’s claims on the South China Sea.