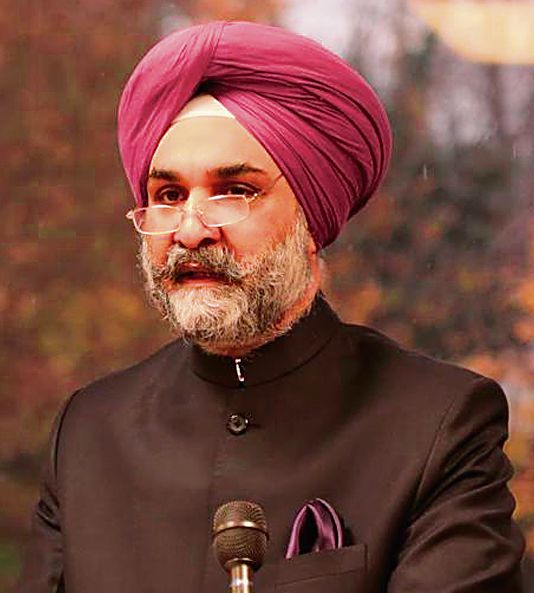 Taranjit Singh Sandhu, Indian Ambassador to the US

Indian Ambassador to the US Taranjit Singh Sandhu is hopeful of a small trade deal with the US even in the closing months of the current administration and despite the disappointments of the last few months. Speaking at a webinar, the Indian envoy said restoration of cuts in H-1B and L-1 visas continues to be his mission’s top priority.

Sandhu, who took over as the Indian envoy in January after the then incumbent, Harsh Vardhan Shringla, moved over to Delhi as Foreign Secretary, said he had written to all principals of top US universities to inform them about the Indian Government’s decision to allow them to set up campuses in the country.

Removal of restrctions on H-1B and L-1 visas continues to be the mission’s top priority. We have been raising it with the US and will continue to do that. —Taranjit Singh Sandhu, indian ambassador to the US

“A mini trade deal is very important. It is one of the areas under discussion. We are very keen. It is a work in progress, perhaps in its final stages,” he said, while advising an Indian importer of sophisticated medical devices to put pressure on the US Trade Representative.

The envoy said Indian diplomats had been approaching US Senators and Representatives to point out that Indians who had arrived on H-1B and L-1 visas had brought with them important skill sets and bridged technological gaps that made US companies globally competitive.

“With innovation and technology leading the path to post-pandemic economic recovery, their role (in the US) becomes even more significant. We have been raising it with the US and will continue to do that. It is a developing situation,” he said while indicating the decision to clamp down on the visas was more of a political decision than one that had economic merit. “We are hopeful,” he said.

He indicated that the US should shelve its reservations about India’s e-commerce policy because at the end of the exercise, New Delhi will attempt to address the concerns of all stakeholders. India and the US have been discussing a trade deal since September last year when PM Narendra Modi visited the US.